The Fast Pace of Cloud-Speed Innovation

One aspect of Cloud-Driven Networking that I have come to appreciate is the speed of innovation that can occur. During most of my career, I was accustomed to a release cadence for feature enhancements in software applications at a pace of maybe once or twice a year. This cadence is typical of a project management approach using a waterfall model. Development occurred in linear stages that led towards a final release to customers. So once or twice a year, a slew of new features were planned, designed, beta-tested, and then delivered in bulk via a final release. A cloud management platform, however, is better suited for a project management approach using an agile model. With agile development, features evolve via cross-functional teams with input and feedback from customers. An agile approach is very rapid and adaptable to change.

ExtremeCloud™ IQ is a 3rd generation networking management application that is built on microservices. Think of microservices as a software architecture where a complex application is composed of small, independent processes communicating with each other using APIs. In an agile development process, a new feature is quickly created and deployed within an individual microservice as opposed to the entire application.

A great example of this lightning-paced innovation would be the phased development of the Client 360 monitoring view in ExtremeCloud™ IQ. Client 360 provides a deep-dive into both real-time and historical information about any individual client on your network. Client 360 debuted a little over a year ago and has evolved continuously over multiple phases. 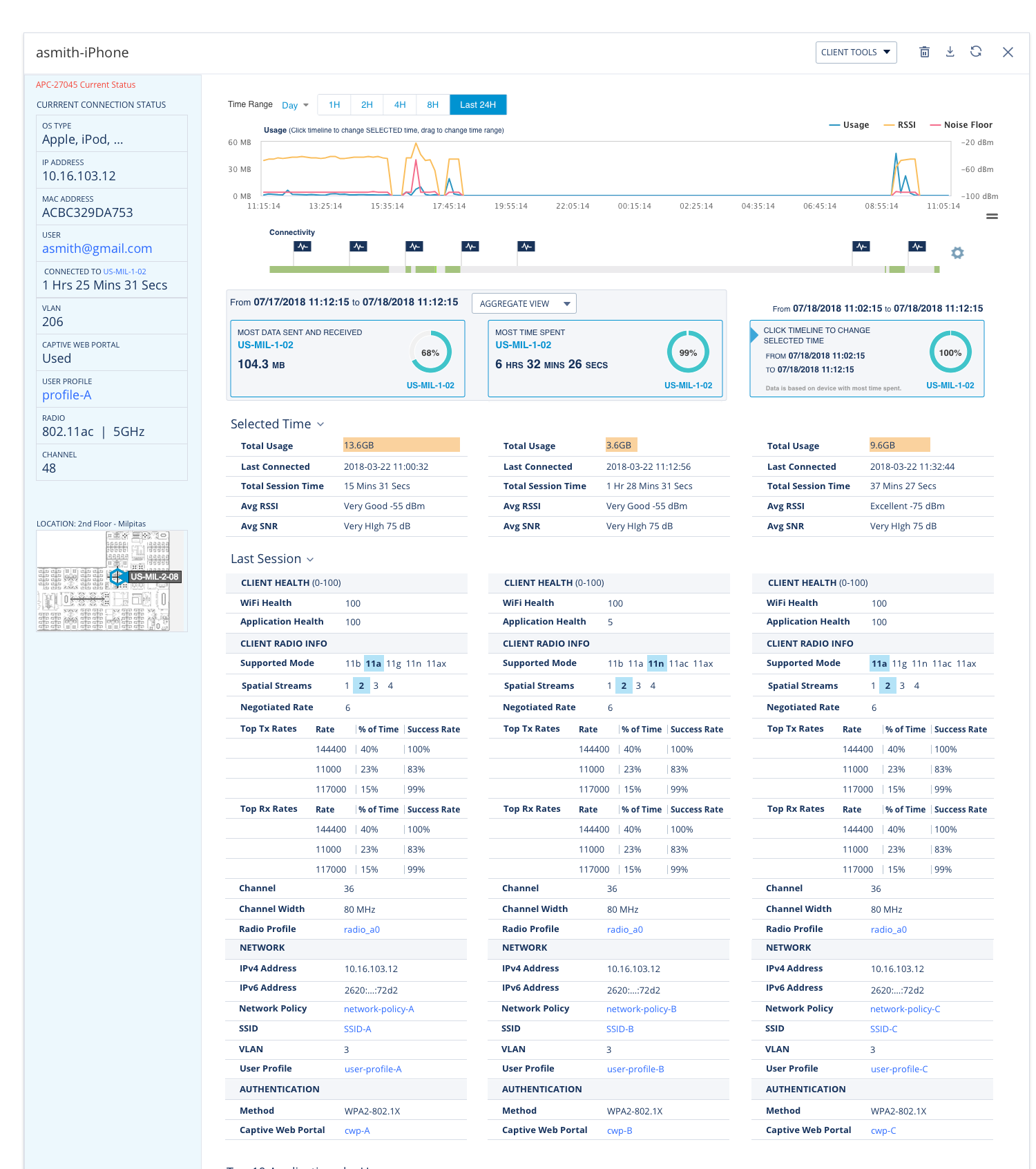 Figure 1 displays Client 360 when it first debuted. Client 360 provides insight into an individual Wi-Fi client operational capabilities, as well as how the client is using these capabilities while connected to your network. The blue column display real-time information including hostname, IP address, MAC address, VLAN, connection time, channel, and more. The more substantial white column is a 30-day historical view of all the client information that changes dynamically when an administrator moves a slider bar. Client performance information such as roaming time, spatial streams, and connected data rates are all displayed via the timeline. 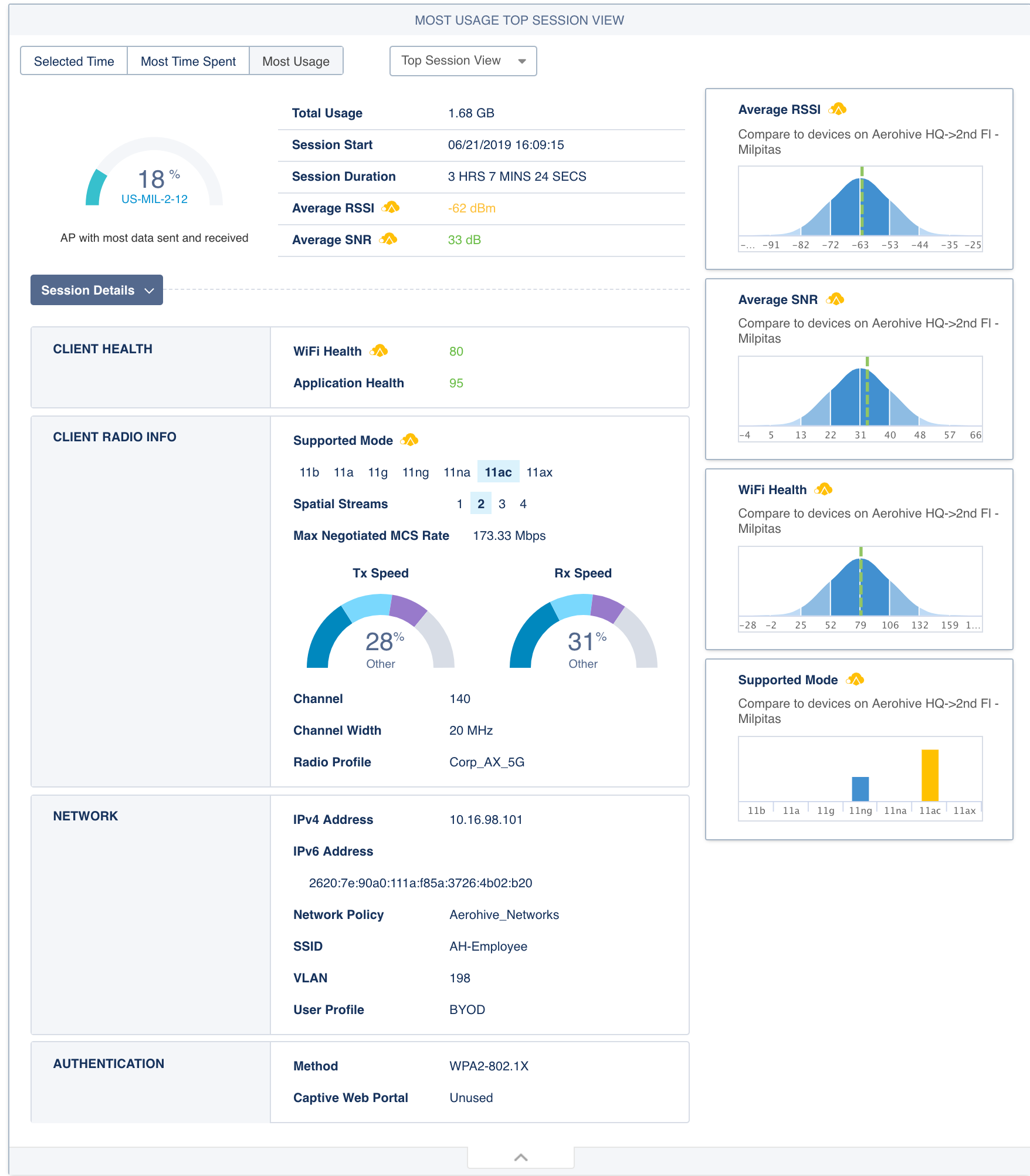 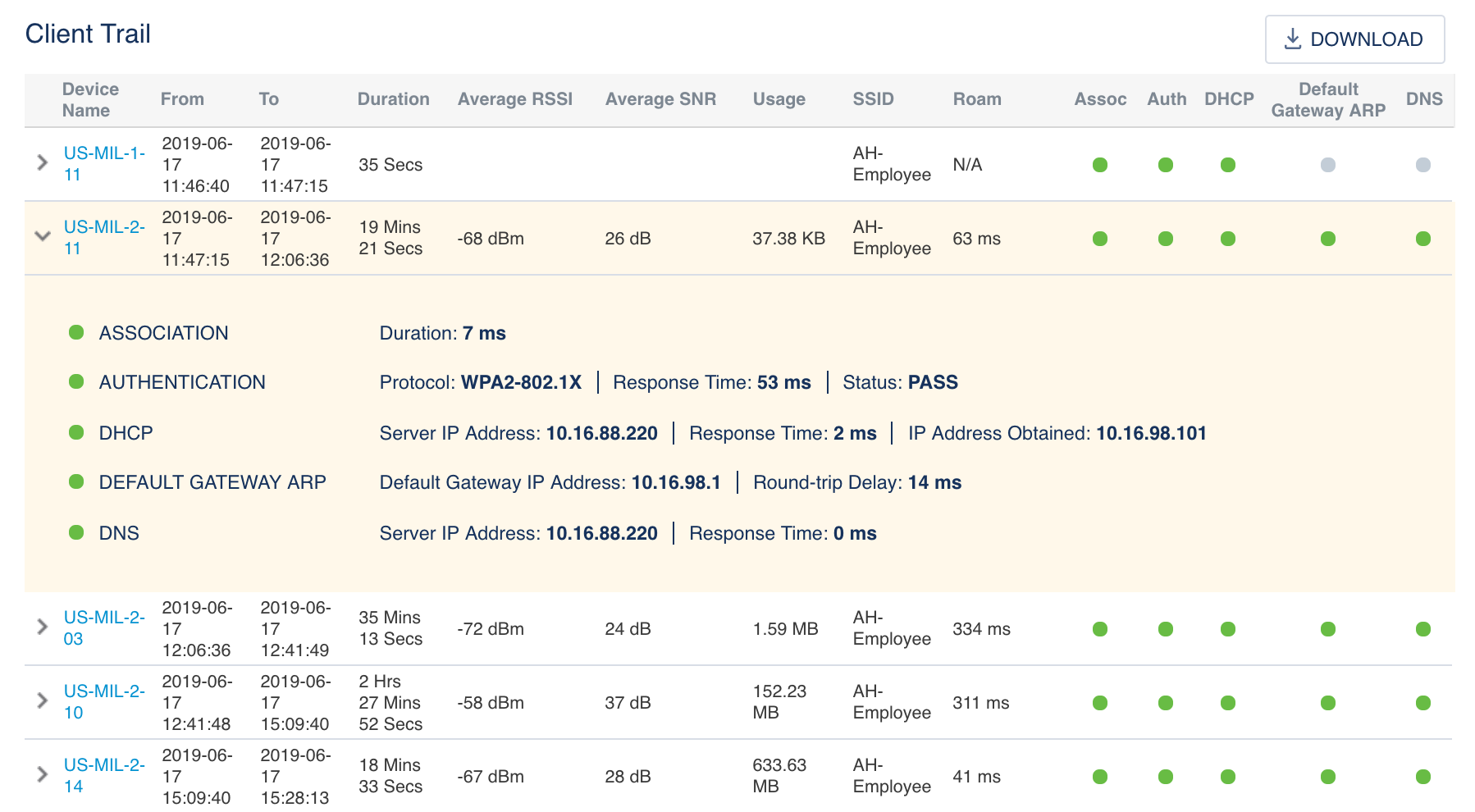 Figure 3 displays another phase in Client 360 that added the ability to show a chronological trail of the client roaming between access points – a deeper dive into the layer 2 and layer 3 roaming processes.

As shown in Figure 4, the innovation continued as we incorporated 24/7 real-time connectivity troubleshooting into Client 360 view. In this example, you can see the 802.1X client not connecting due to a RADIUS reject message.

As you can see, Client 360 has evolved drastically over the past year and continues to grow via cloud-speed innovation. Keep in mind this is just one monitoring feature in ExtremeCloud™ IQ, and there are many more monitoring and configuration capabilities that launch using continuous deployment. Please consider this blog the first in a series about the innovation cadence in ExtremeCloud™ IQ. While my blogging cadence is nowhere near as fast as cloud-speed innovation, I promise to highlight new ExtremeCloud™ IQ capabilities at least once a month in future blogs.

Multicloud: The Top Conversation Driver!
Keeping Your Head in the Cloud and Your Feet on the Ground – An Interview with Extreme Champion Trygve Wettestad
Cloud Managed Technologies Have Never Been More Critical
Three Things to Keep in Mind Before Fully Upgrading to Wi-Fi 6
Find a Pizza ‘Near Me’