That’s A Wrap on Extreme Connect 2019

What do Wayne Gretzky, eSports, the future of networking, and a handful of talented musicians have in common? They were all in Nashville, Tennessee last week at Extreme Connect 2019. But perhaps more important than all of the fame, games, and music was the amount of knowledge and information transferred to attendees. 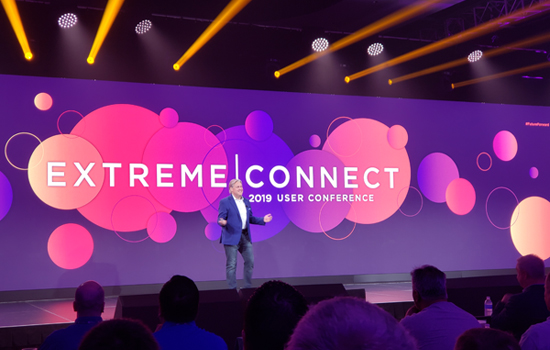 Extreme Connect 2018 left me and attendees blown away, but 2019 was out of this world! Just when you thought the first day was great, the next was even better. No one wanted the week to end.

The week started out with 300+ attendees completing certifications training on specific areas of Extreme’s portfolio. Then we unveiled our massive demo solutions hall over dinner and drinks while networking experts tried to hack our unbreakable Extreme Fabric Connect solution (news flash – it has still never been hacked), and Eastern College Athletic Conference (ECAC) “Overwatch” and “FIFA” eSports champions SUNY Canton played a live match against Alfred State and then showed our guests that eSports is a whole lot more than just games, screens, and controllers. 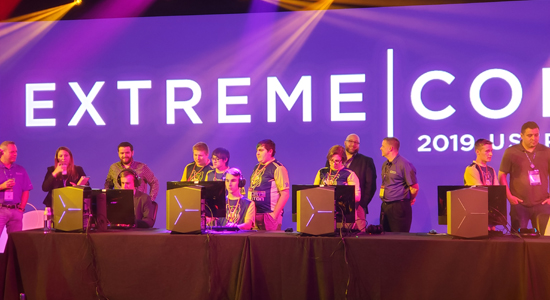 Not to mention there was a special appearance by the Pro Football Hall of Fame’s President and CEO Dave Baker to motivate attendees and talk leadership. 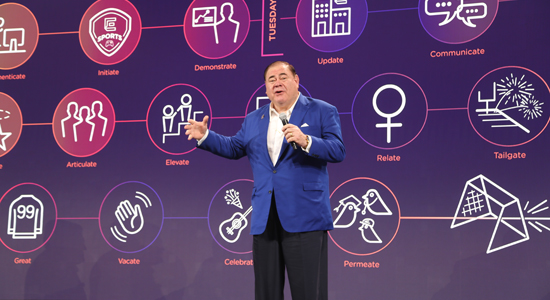 Then everyone broke out and headed for our breakout sessions to learn as much as they could either about advancing their skills in areas they have some expertise or learning something completely new. Others heard from Extreme’s internal IT team about how we’ve digitally transformed our organization to be always-on and available for customers. We also had customer-led breakouts, vertically-focused sessions, and industry-led discussions with speakers from Microsoft and Broadcom. Extreme’s Women’s Leadership Council even hosted a Women in Technology Panel that featured NFL CIO Michelle McKenna, Extreme Board Member Kathleen Holmgren, and Relationship and Communications expert Dr. Patty Anne Tublin, with Extreme’s General Manager of Retail and Transportation and Logistics Sarah Nesland moderating. 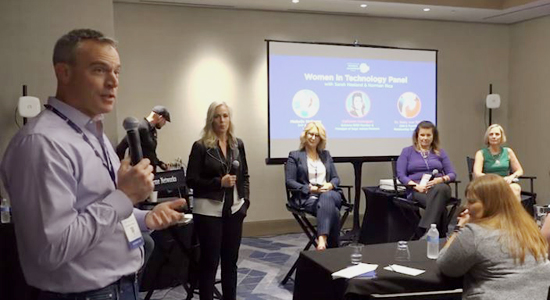 After a jam-packed day of learning, the adventure continued to Nissan Stadium – home of the NFL’s Tennessee Titans, a Nashville landmark and incredibly-innovative Extreme customer. None of our attendees had any idea that we were about to drop a huge announcement to blow them out of their seats. The dynamic duo EVP of Products Nabil Bukhari and VP of Solution Strategy Dan Dulac unveiled our newest solution, Extreme Elements: The Building Blocks of the Autonomous Network. 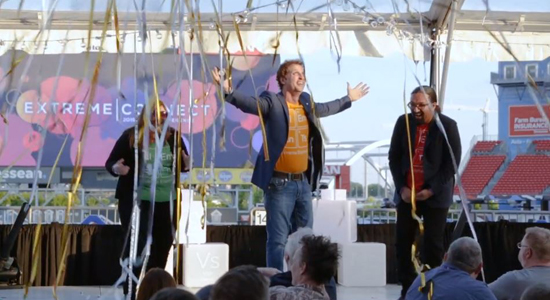 Extreme Elements are components of Extreme’s Smart OmniEdge™, Automated Campus™, and Agile Data Center™ solutions – underpinned by human and machine intelligence – that give customers the building blocks they need to create autonomous networks capable of learning and self-correcting, and ultimately an autonomous enterprise where architecture, automation, and human intelligence operate in harmony. Unlike other networking architectures, Extreme Elements are intrinsically secure and offer multi-vendor support in an open and standards-based ecosystem. 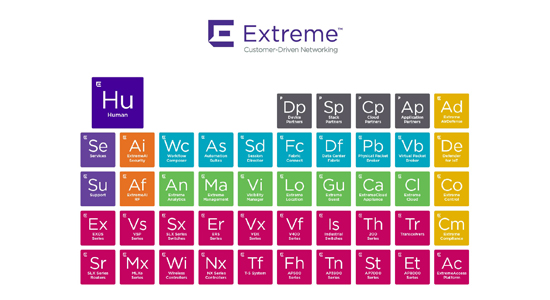 To follow-up an incredible day and night, Wednesday kicked off with more breakout sessions diving deeper into networking trends, insights, technology, and discussions. Then to make an already great day even greater, The Great One, Wayne Gretzky, took center stage. Gretzky is considered the best NHL player of all-time and it wasn’t because of his size, but rather his intuition. Wayne’s supernatural ability to see the play develop before it happened was demonstrated every time he skated to where the puck was going to be, not where it was. 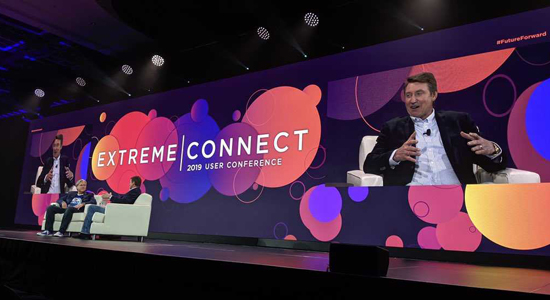 Wayne shared the lessons he learned over his record-setting career and life to drive home our conference theme Future Forward. Then Extreme addressed how we’re continuing to innovate and stay ahead of the transforming networking industry with new solutions to solve customer challenges by building autonomous networks and creating autonomous enterprises.

That’s not all though! We couldn’t leave Nashville without stopping by some Honky Tonks and staying up late listening to unbelievably-talented musicians on Broadway. I was able to meet so many hard-working IT teams and hear their stories, that I’m incredibly excited to get back to the office and find ways to share end-users experiences. 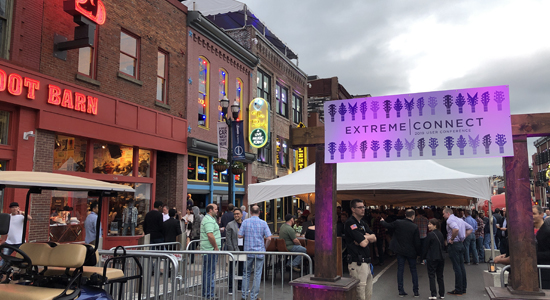 I know I’m not the only one who made more connections. Over 60% of our attendees got up early Thursday morning to attend our eight vertically-specific Birds of a Feather sessions and discuss what they had just seen all week as well as talk with each other about issues that affect their industries.

[The Extreme Team celebrates the success of Connect 2019]

If you missed out or don’t believe my recap, or maybe you were there and want to relive the event, take a minute to watch our epic-highlights reel with attendee insights:

So, what’s next? We’re doing it all over again! That’s right, the date is set, Extreme Connect 2020 is June 1-4 in Nashville, Tennessee, and trust me just because it was in Nashville this year doesn’t mean anything. Next year will be our third annual conference, and everyone knows things are better in threes. More networking, more fun, and more connections. 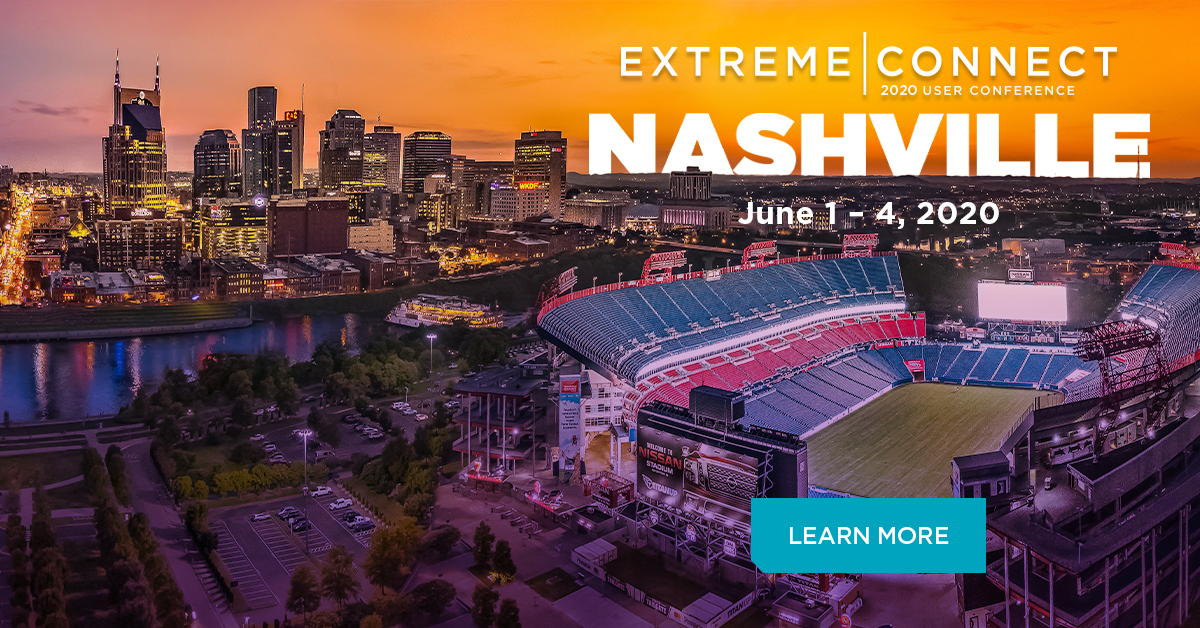