Let’s now highlight some new features and enhancements that have gone live in May 2020. You should always remember that the fast-paced feature velocity in the cloud comes in phases. Over the past three months, we have debuted multiple phases of the Network Topology view in ExtremeCloud™ IQ. This new monitoring view gives you top-to-bottom and vice-versa perspectives of all your networking devices. This month, the 4th phase of network topology enhancements is now available. All the enhancements revolve around visibility with switches. First, stackable switches are that operate together with one or more other network switches are now visualized as a switch stack in the topology view. Second, the network topology view now provides visibility for multi-chassis link aggregation group (MLAG). And third, dual uplinks from one AP to multiple switches can also be visualized. As shown in Figure 1, one access point might use two uplinks to two different switches for redundancy reasons. This type of deployment is often used in mission-critical deployments such as a surgery center in a hospital. 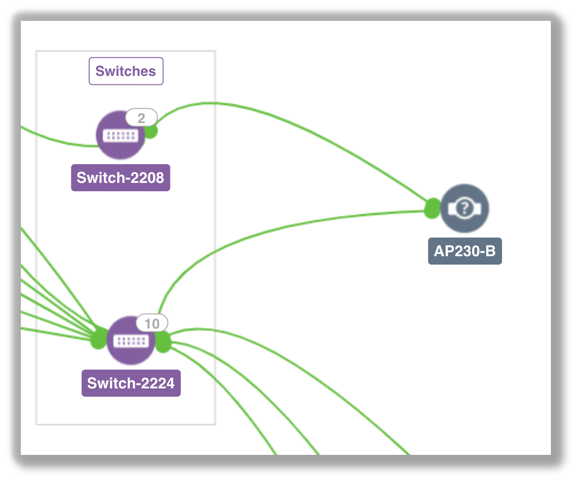 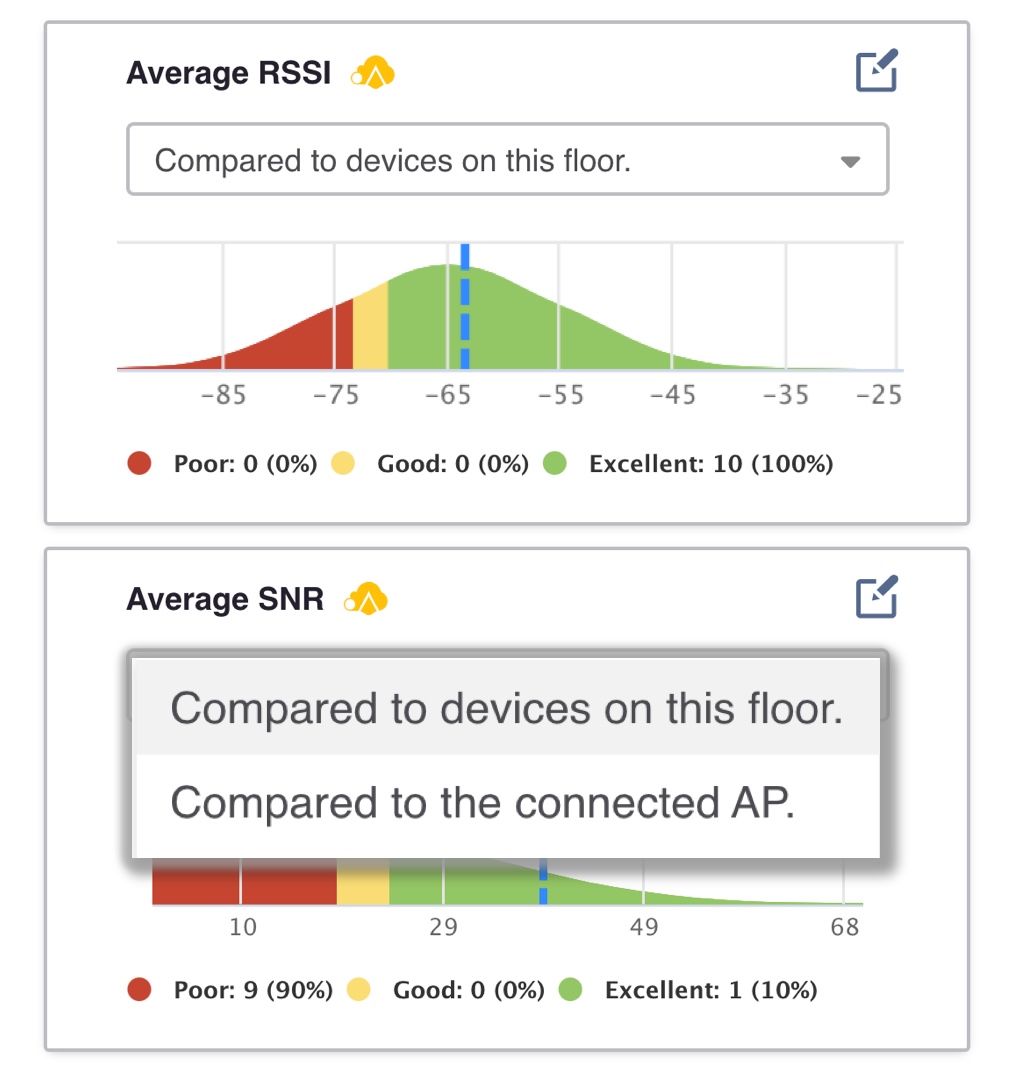 Nobody likes alarms, but they are sometimes necessary to alert an administrator to potential problems with network operations. Obviously, some alarms are more critical than others, and some can be easily dismissed once the admin has been alerted. As shown in Figure 3, an admin can now quickly clear any alarm that has been resolved. Security best practices always require an audit trail; therefore, the audit login ExtremeCloud IQ will always record which admin cleared each alarm. 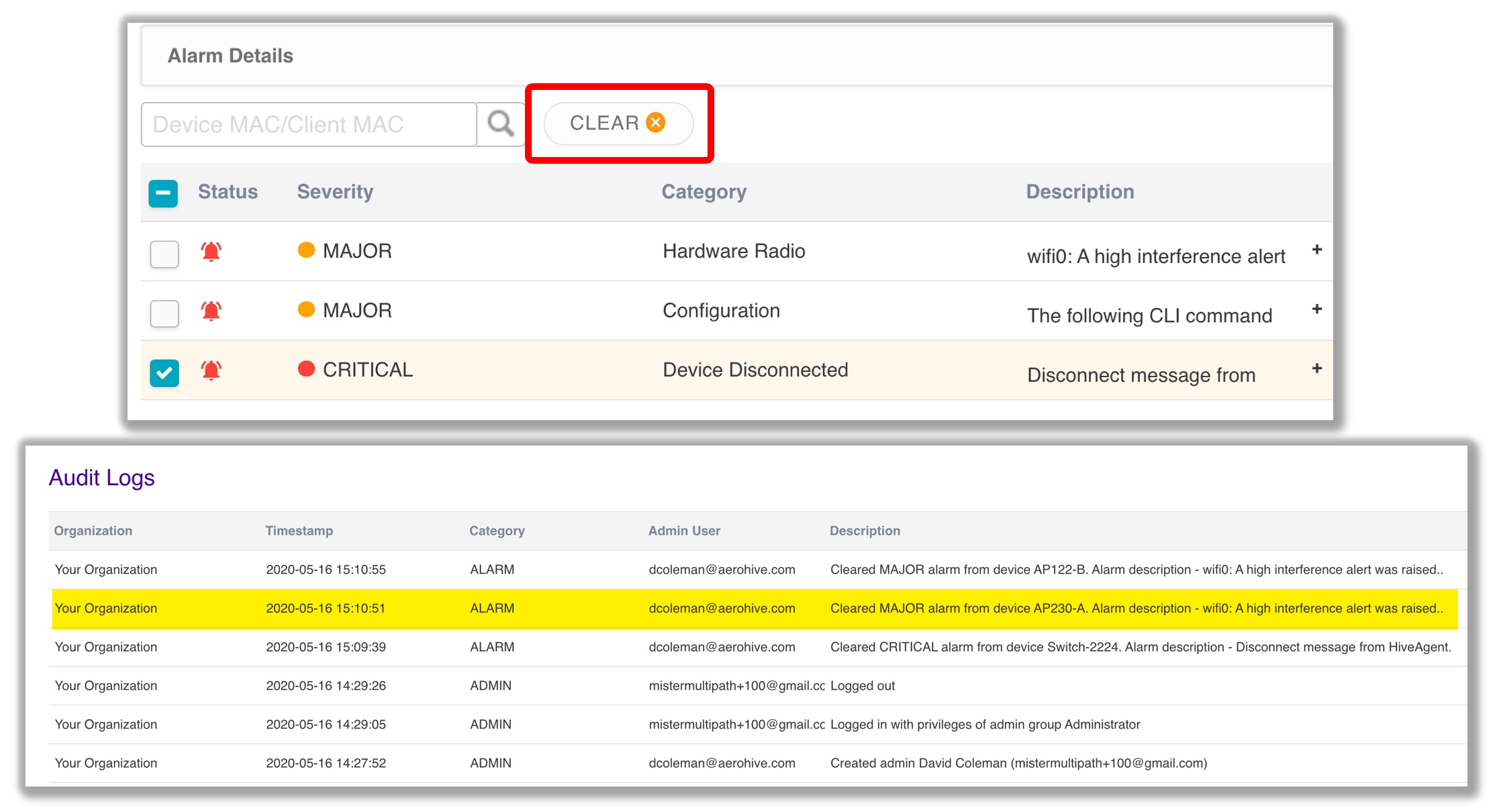 In addition to the top-level alarms view in ExtremeCloud IQ, there is now an alarm tab in the Device 360 view of every networking device. As shown in Figure 4, current and timeline alarms can now be viewed and cleared at the device level. 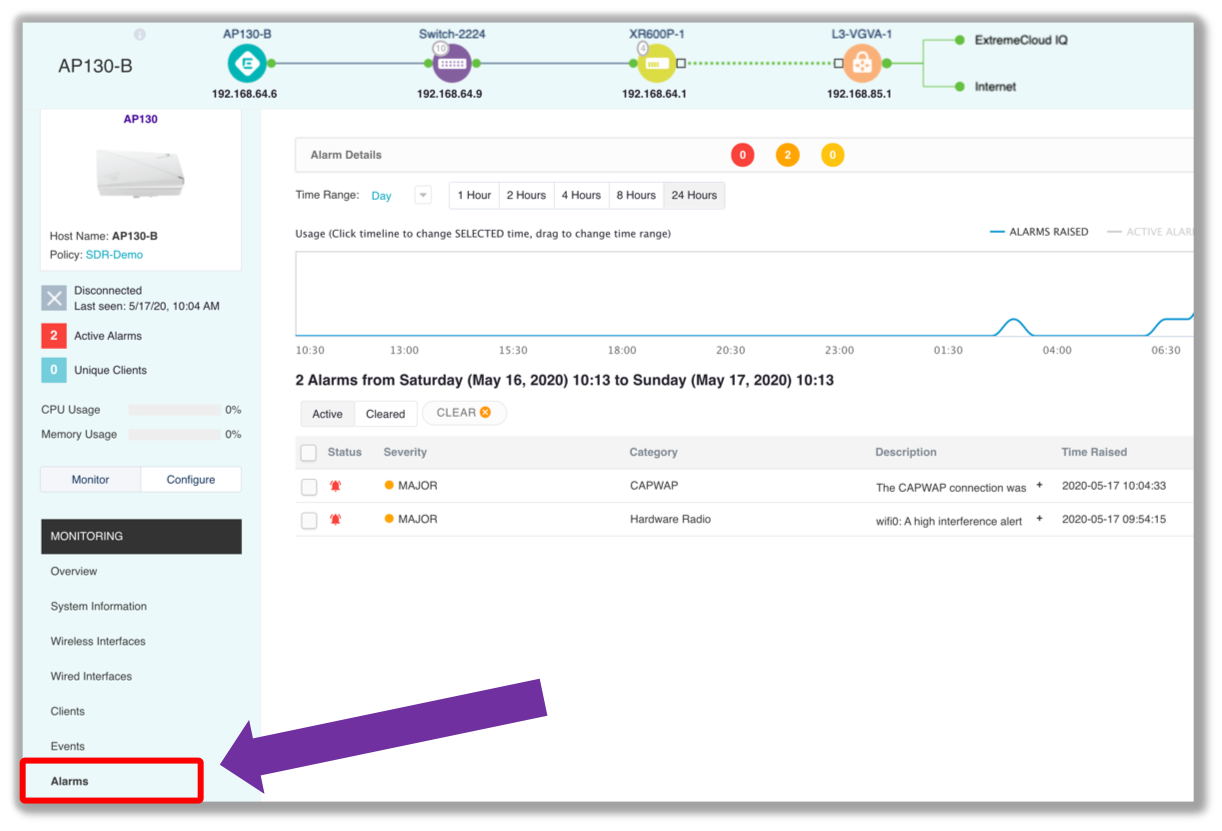 Finally, many minor updates of cosmetic enhancements have been made in the user interface (UI) of ExtremeCloud IQ. Please stay tuned for some serious UI augmentation in the coming months.

Do you want to learn more about all the new bells and whistles in this May 2020 update of ExtremeCloud™ IQ?  Take a moment to watch this video as Erika Bagby takes you through a short tour of the recent enhancements: