Let’s now highlight some new features and enhancements that have gone live in June 2020. As shown in Figure 1, the AP150W wall-plate access point can now function as a Layer 3 branch router. The AP150W is an enterprise-class wall-plate access point and switch with embedded IoT technology designed for wall or desktop mount. The AP150W is often deployed in hotel rooms, residential halls, or other multi-dwelling unit deployments. You can now enable a new device function mode that gives the AP150W much of the same L3 router functionality as the XR600P branch router. 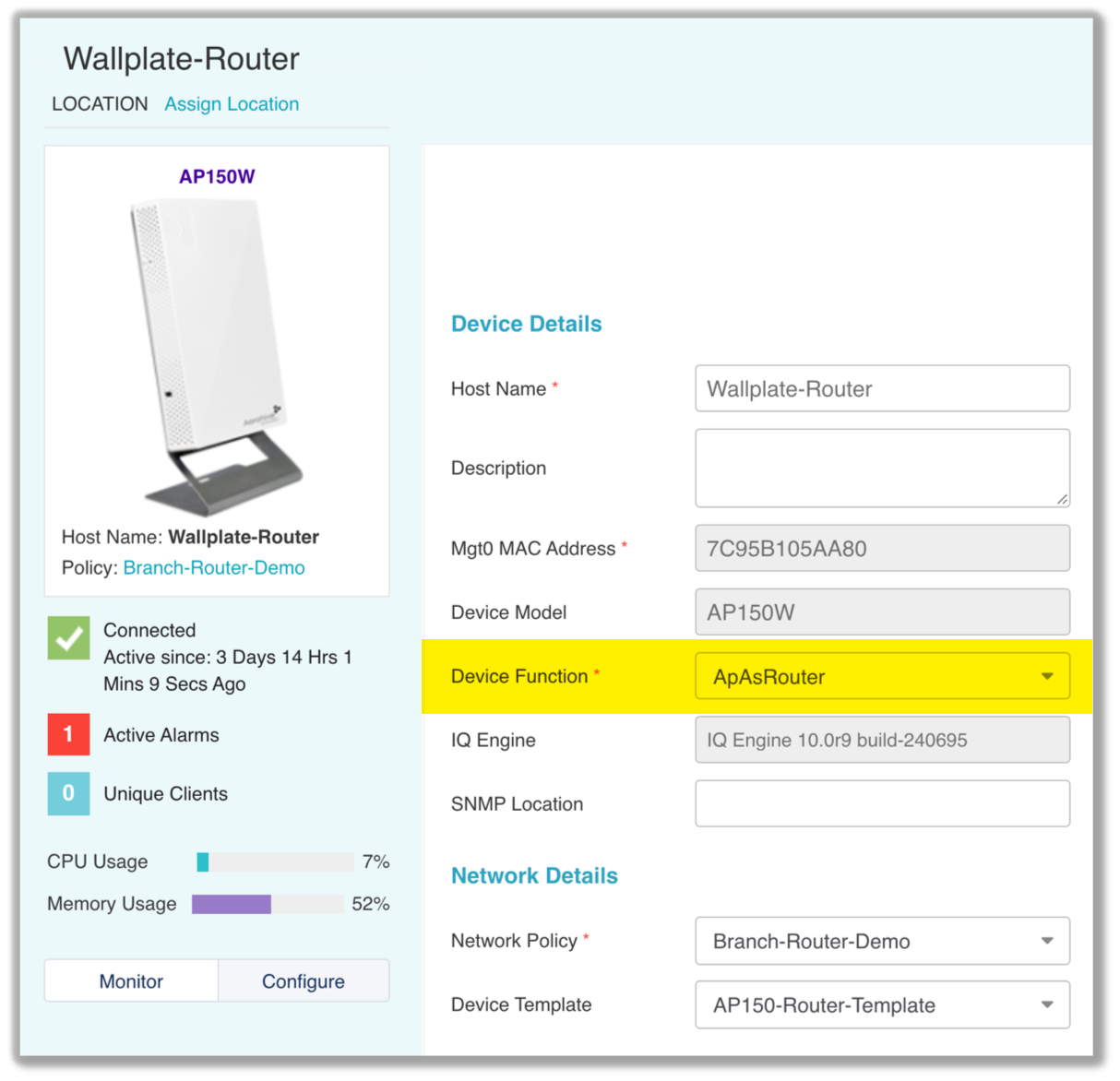 Like all of the Extreme Cloud APs, the AP150W has always had the capability to function as a Layer 2 VPN endpoint. As shown in Figure 2, the AP150W can now also terminate traditional Layer 3 IPsec VPNs while supporting unique subnets at each branch location. 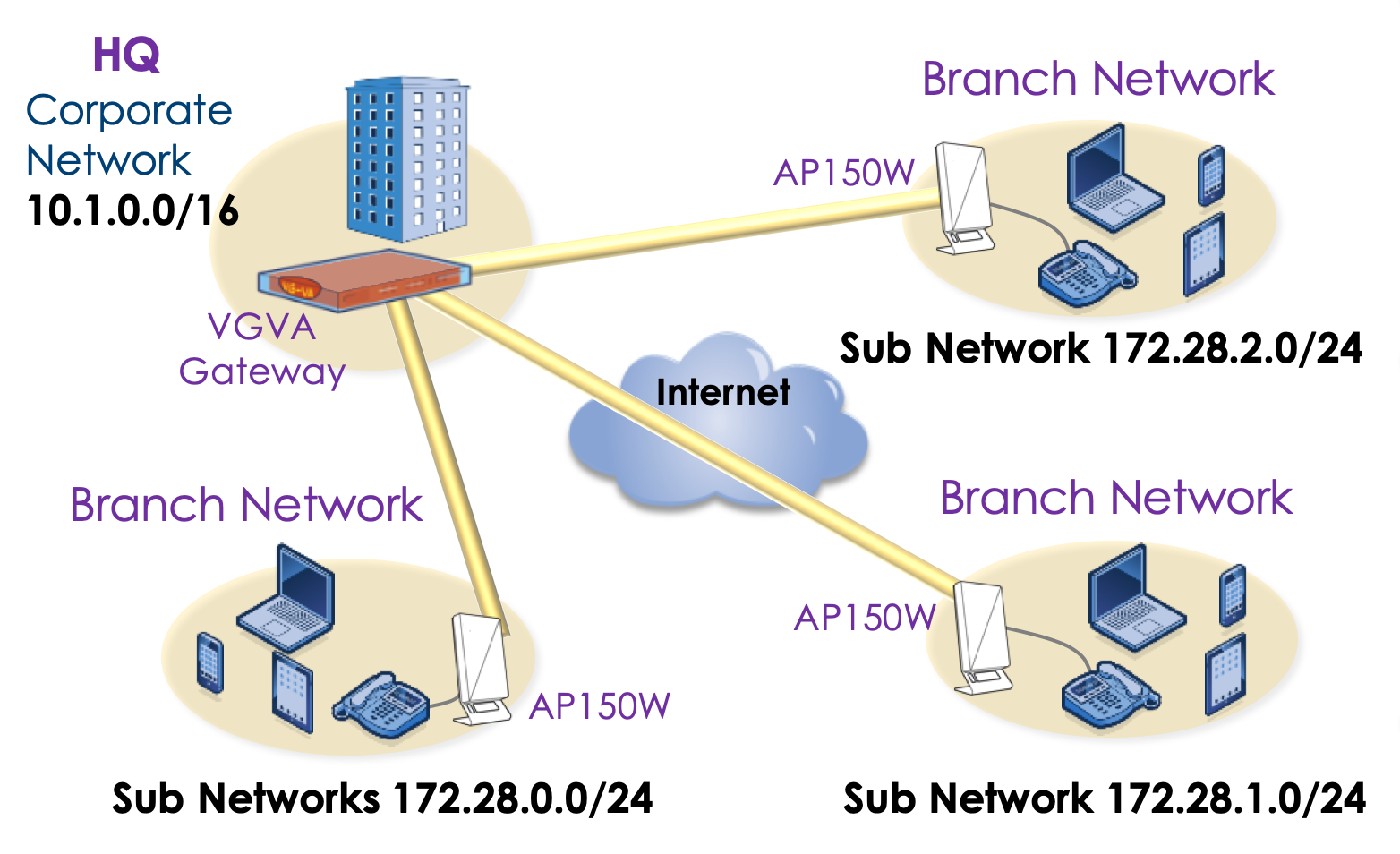 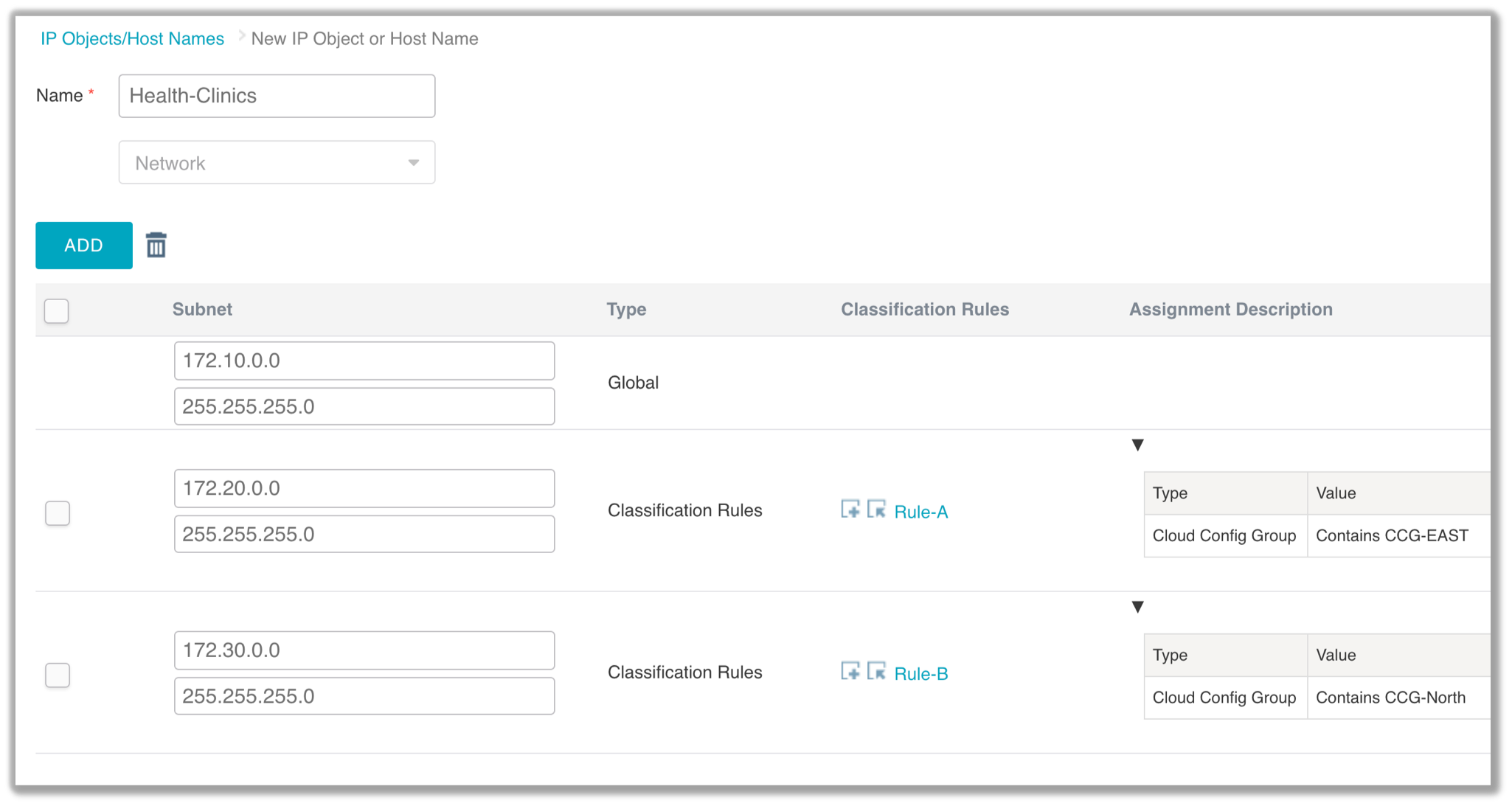 A long-time feature that our customers have always appreciated is the Layer 2-7 firewall capability, which is built into the IQ Engine operating system of each access point. By leveraging multiple user profiles on a single SSID, different firewall policies for different groups of users can be enforced at the wireless edge of the network. As seen in Figure 4, the IP objects (with classification rules) can be assigned as either the source or destination addresses within a firewall policy of a user profile. Effectively this allows an administrator to also apply different firewall rules for a group of users by location and Cloud Config Groups. For example, a hospital group with multiple health clinic locations might want similar firewall rules for their employees at each site; however, the network addressing is different at each location. 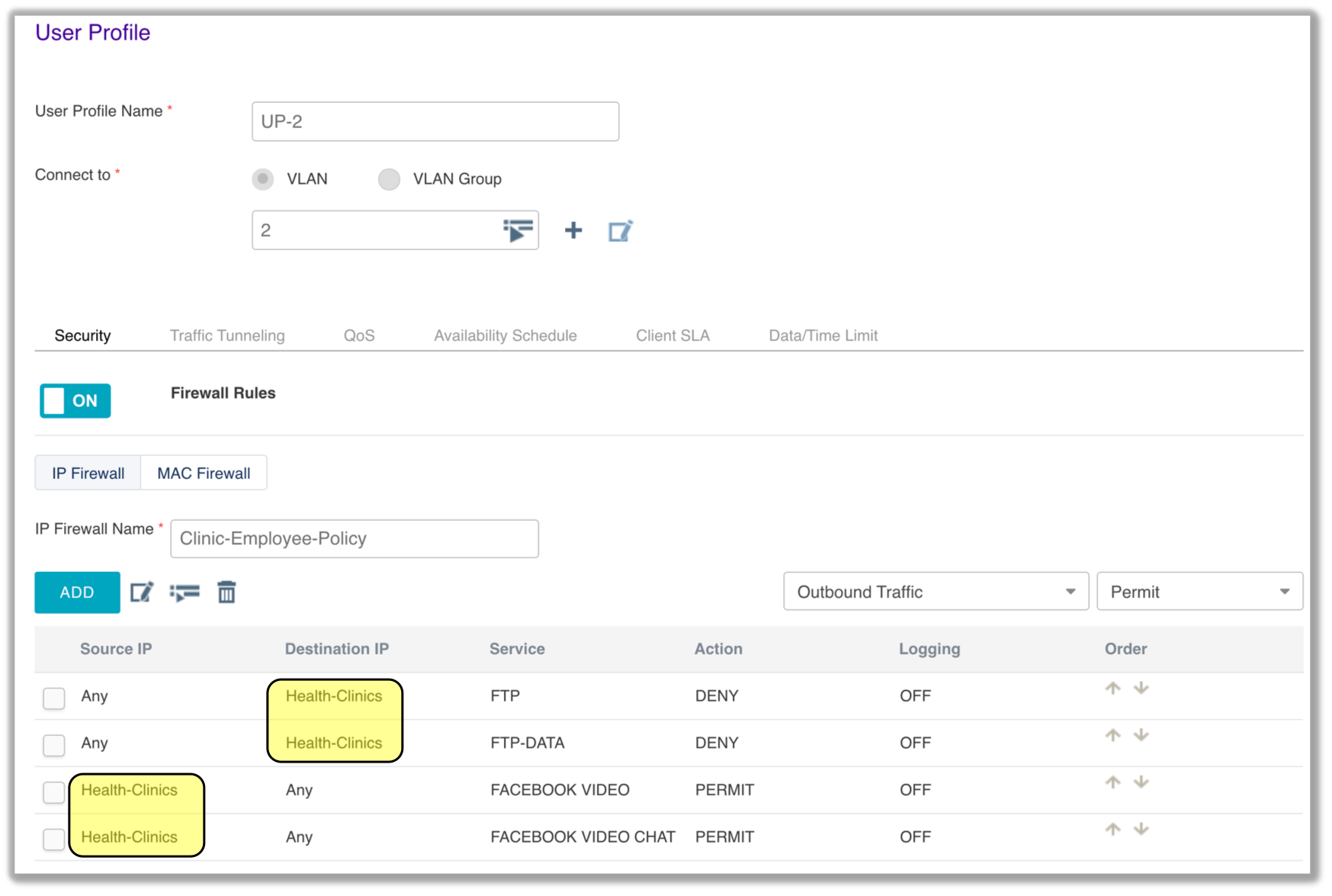 The term cloudification refers to the conversion and/or migration of data and application programs in order to make use of cloud computing. Extreme Networks has been very busy with the cloudification of the networking product portfolio of hardware and applications. For example, earlier in the year, we introduced the monitoring of WiNG controllers and APs in ExtremeCloud IQ. As shown in Figure 5, WiNG controllers can now also be configured via an SSH Proxy via ExtremeCloud IQ. An admin has two management options from the cloud, using command line connectively or UI connectivity via the SSH Proxy. 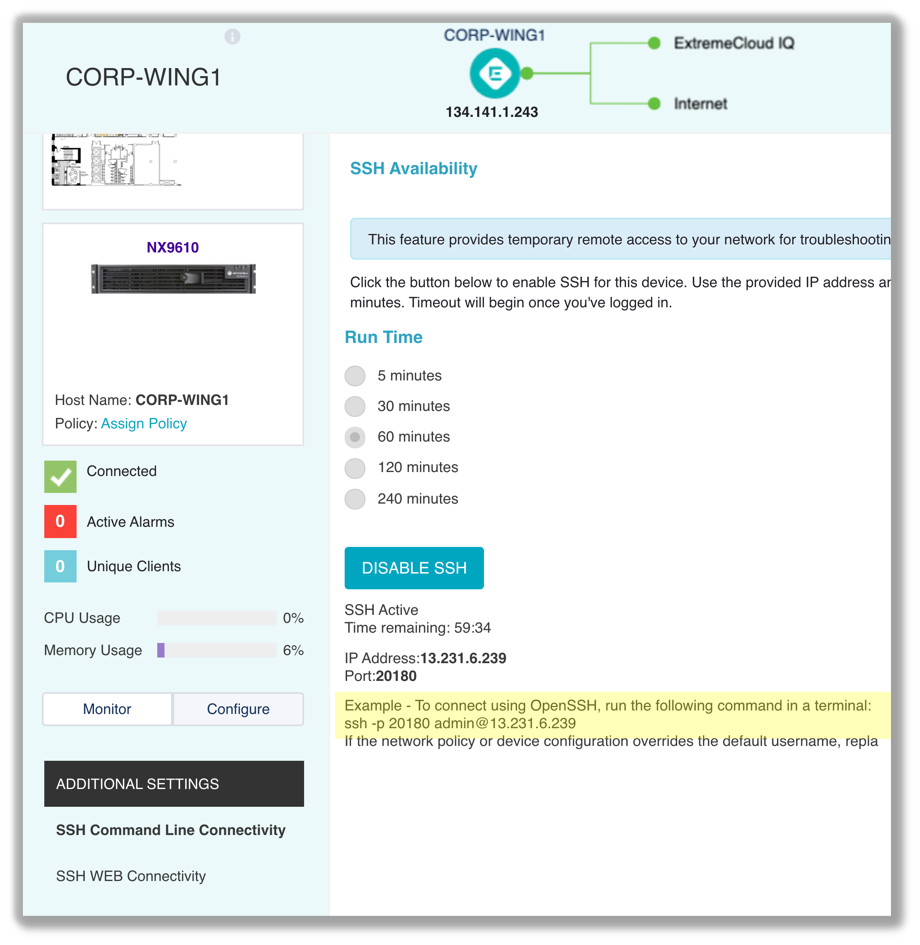 As seen in Figure 6, most of the extensive ExtremeSwitching portfolio can already be monitored from ExtremeCloud IQ. Additionally, IT managers can now configure both the X (EXOS) series and Virtual Services Platform (VSP) series switches using either the SSH Proxy or Supplemental CLI capabilities of ExtremeCloud IQ.  But we are just getting started! Please be informed that an aggressive path for enhanced switch configuration and monitoring within ExtremeCloud IQ is near the horizon. Please check back over the next couple of months as we introduce revolutionary wired networking visibility and management from the cloud. 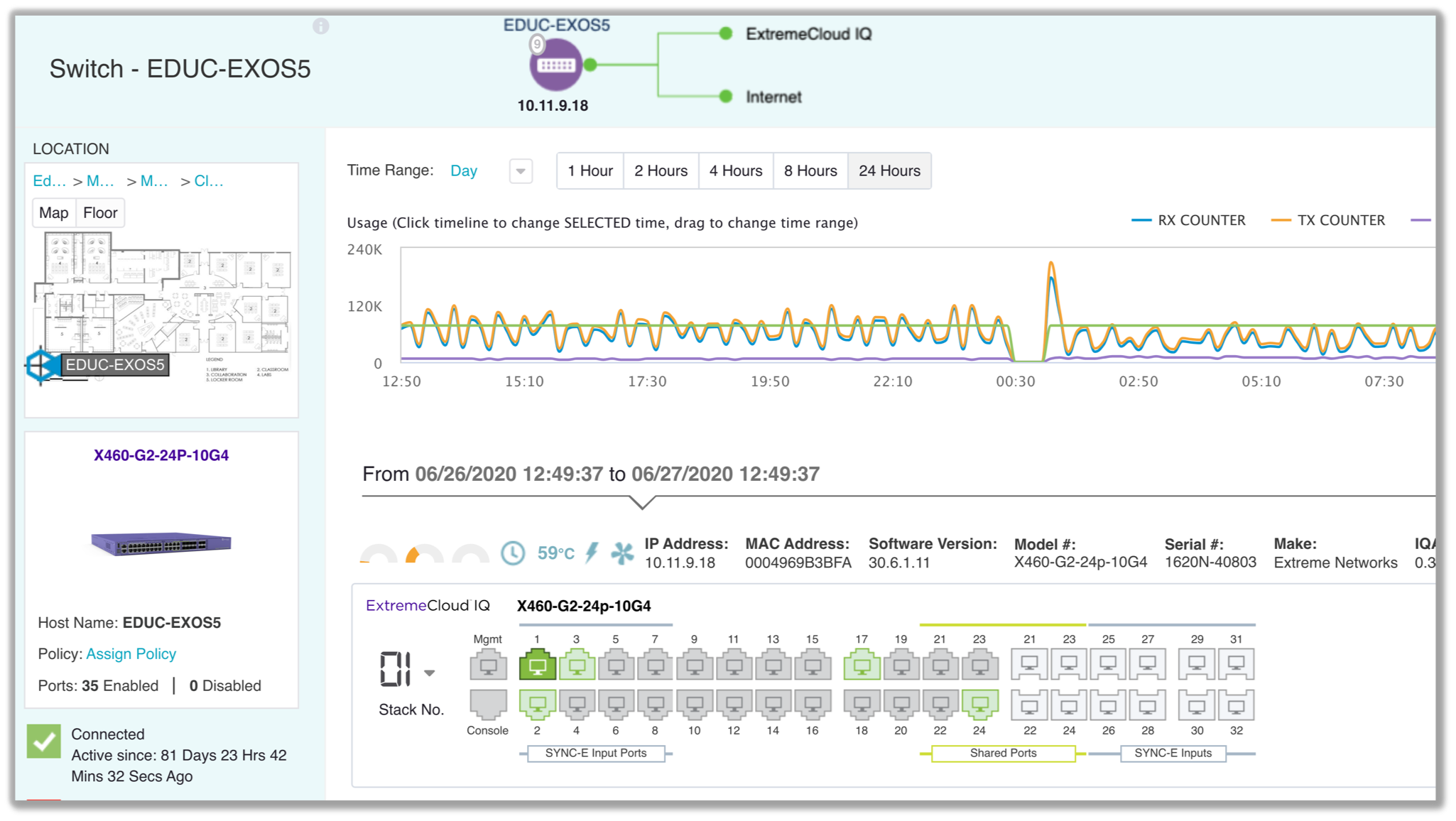 Do you want to learn more about all the new bells and whistles in this June 2020 update of ExtremeCloud™ IQ?  Take a moment to watch this video as Erika Bagby takes you through a short tour of the recent enhancements:

#ChooseToChallenge the Status Quo During International Women’s Day
Extreme Increases Female Employees By 30% In 3 Years and We’re Not Stopping
Approaching Zero Trust: Four Critical Concepts for Unlocking Value with Zero Trust
Can this Wi-Fi book get any bigger?
SolarWinds – A Supply Chain Compromise