Let’s now highlight some new features and enhancements that have gone live in April 2020. You should always remember that the fast-paced feature velocity in the cloud comes in phases. Over the past two months, we have debuted two phases of the Network Topology view in ExtremeCloud™ IQ. This new monitoring view gives you top-to-bottom and vice-versa perspectives of all your networking devices. This month, the third phase of network topology enhancements is now available. Perhaps there is a networking device that is not managed by ExtremeCloud IQ. No problem, as long as that device has LLDP enabled, neighboring Extreme devices can relay information about the unknown device’s existence within a network topology. As shown in Figure 1, an administrator can then assign an appropriate label to the unknown device within the topology view. 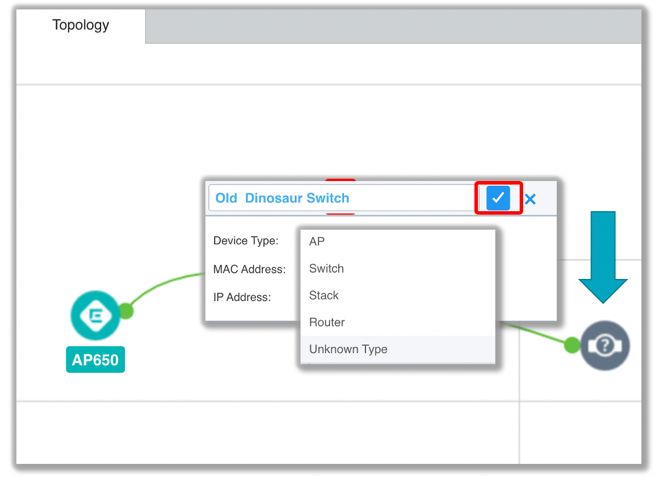 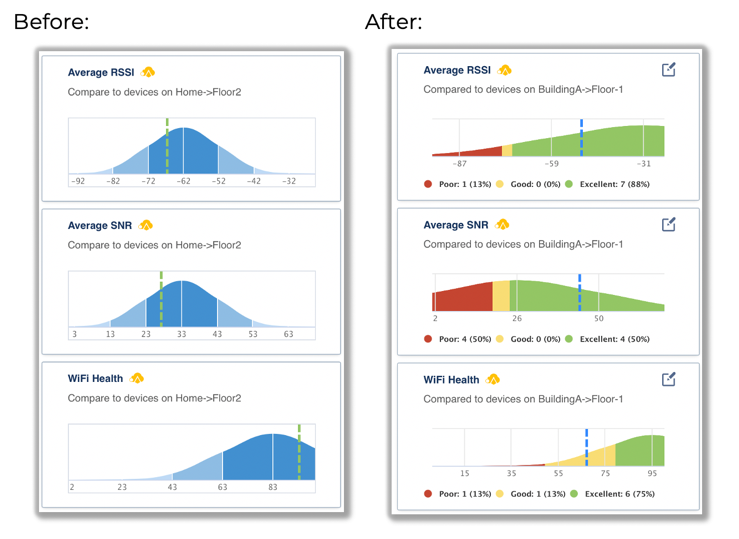 For example, the Average RSSI graph displays a comparative view of one client’s signal strength to all other clients on an assigned floor. As shown in Figure 3, 90% of the clients have excellent signal strength, and this client’s signal of -57 dBm places the client in the top 99% comparatively. The visibility thresholds for all three graphs can also be defined by an administer. For example, -70 dBm or higher is considered to be excellent because that level of signal typically guarantees high data rate transmissions based on the Wi-Fi client’s capabilities. However, an admin might what to change the excellent RSSI threshold to greater than -65 dBm. When designing for voice-grade Wi-Fi, a –65 dBm or stronger signal is recommended so that the received signal is high above the noise floor. 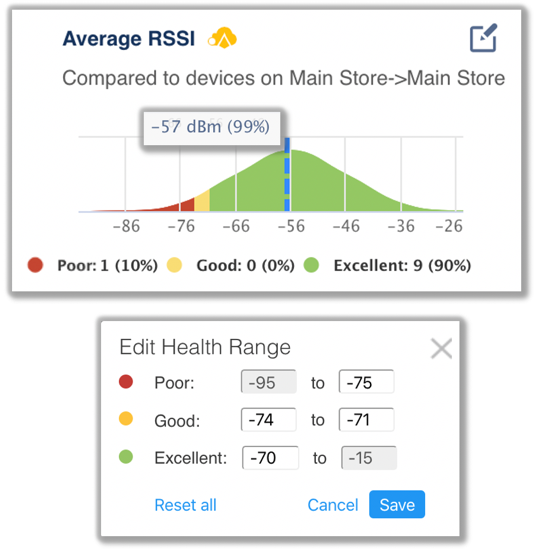 Signal-to-noise ratio (SNR) is the difference in decibels between a received signal and the background noise level (noise floor). As seen in Figure 4, the Average SNR graph displays a comparative view of one client’s SNR to all other clients on an assigned floor. In this example, 90% of the clients have excellent SNR, and this client’s SNR of 26 dB places the client in the top 95% comparatively. Once again, the visibility thresholds the SNR graph can also be defined by an administer. For example, an SNR of 25 dB or higher qualifies as excellent because that level of SNR typically guarantees voice-grade communications. However, an admin might what to change the excellent SNR threshold to greater than 28 dB, which is needed for a radio to use high data rates that require 256 QAM modulation. 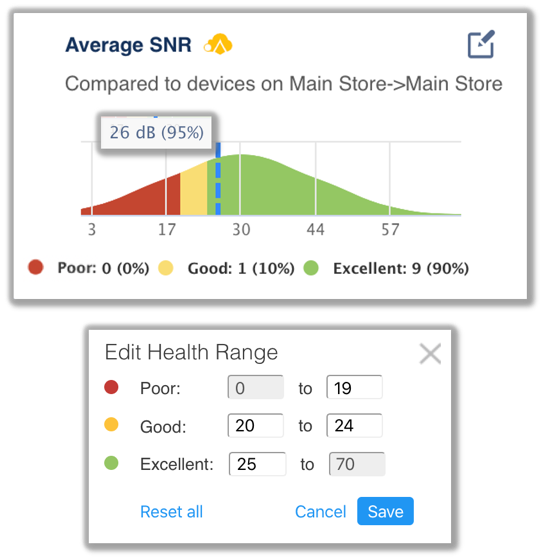 ExtremeCloud IQ now offers two new modes to indicate whether are not a device has been deployed: The production mode is the default mode for any deployment. Typically, a network admin enters the serial number of a device into their ExtremeCloud IQ account and then ships the device to the remote location. The status icon of the networking device remains red until the device establishes a connection to the cloud and turns green. Upon deployment, the device automatically downloads its configuration and becomes operational. This method of zero-touch provisioning is the most common deployment model. However, some enterprise IT departments prefer to pre-configure networking devices in a staging area at headquarters before shipment to the remote sites. The pre-provisioned mode is now available for this procedure. Networking devices are connected, configured, disconnected, and then shipped to their final destination. A purple status icon indicates that the device is pre-provisioned. Once deployed and connected at the remote site, the network admin changes the device to the production mode, and the status icon turns green again.

IQ Engine firmware version 10.1r3 introduced many prominent Wi-Fi 6 configuration capabilities such as ODMA and Target Wake Time. As shown in Figure 5, these settings are now configurable in 802.11ax radio profile objects for the AP305C/CX and AP410C access points. 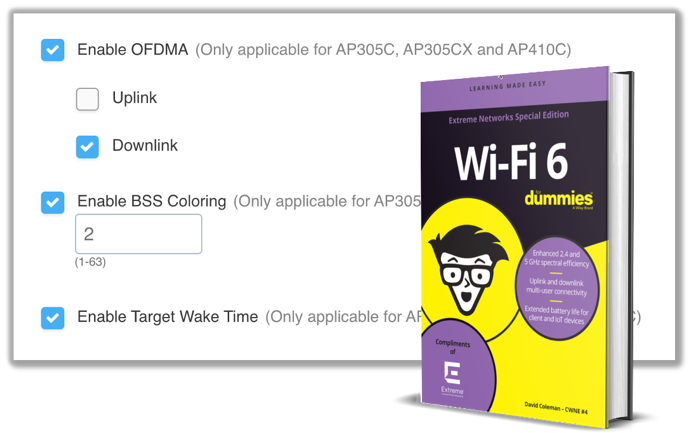 Do you want to learn more about Wi-Fi 6 and 802.11ax? Please be sure to download the free Wi-Fi 6 for Dummies eBook courtesy of Extreme Networks.

Do you want to learn more about all the new bells and whistles in this April/2020 update of ExtremeCloud™ IQ? Take a moment to watch this video as Erika Bagby takes you through a short tour of the recent enhancements: