Because July has been such a busy month for new features and enhancements, I had to split my coverage across two blogs! My last blog discussed many of the new July enhancements, including ExtremeCloud IQ’s new user interface (UI). This blog will focus on remote networking management enhancements we have made available in the cloud in July.

A recent survey has shown that CIOs considering cloud adoption has jumped from 54% to 89% post-COVID-19.  Remote networking has become a necessity, and cloud-management can provide configuration scalability and global visibility for branch office deployments and teleworkers. A network administrator can easily configure, provision, and monitor equipment for thousands of teleworkers from the cloud. One of my favorite features of ExtremeCloud IQ is how easily I can provide network allocation to multiple branch routers. As shown in Figure 1, a network administrator defines a parent network, and the ExtremeCloud IQ automatically partitions unique subnets from the parent network to each branch router, including the DHCP settings. Effectively, ExtremeCloud IQ handles all the subnetting, and each remote branch router is automatically assigned unique subnets during device provisioning. 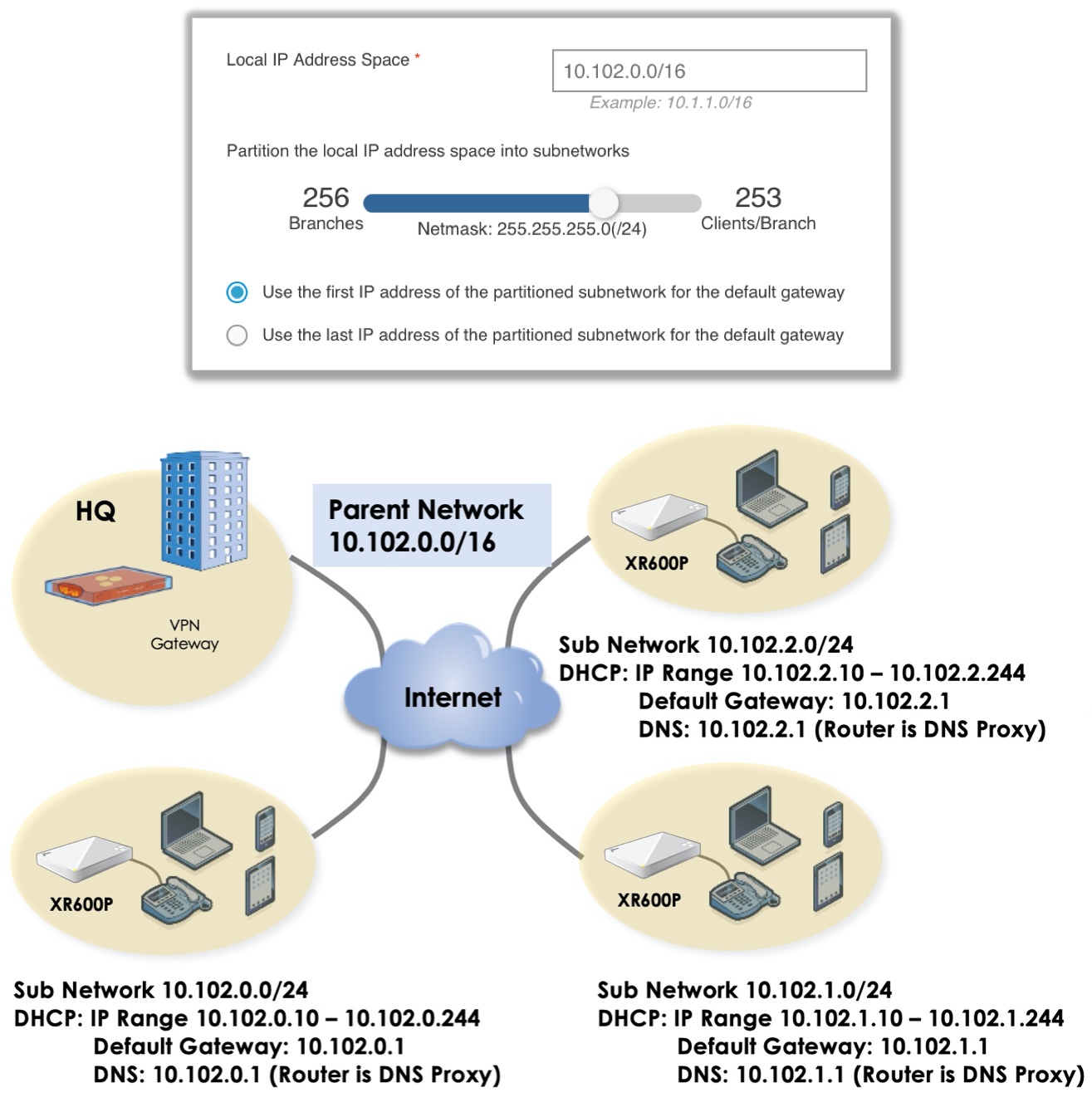 However, some customers prefer to assign designated subnets to the branch routers at each location. As shown in Figure 2, the network allocation now displays a table in a format where specific subnets can be manually specified for each branch router. An admin simply selects available subnets from a drop-down and links them to one particular branch router. This capability is the best of both worlds because the automatic subnet provisioning is still operational. At the same time, an admin can assign distinct subnets to a remote site if required.

ExtremeCloud IQ now provides magnified visibility for each remote site. As shown in Figure 4, detailed information about the provisioned subnets displays for each branch router. At the device level, an admin can view which subnets were assigned either automatically or manually to each branch router.

As seen in Figure 4, detailed information about the wireless/wired client DHCP assignments for each subnet is now visible at the branch router level. Manual reservations for IP addresses can also be assigned based on a known MAC address.

High availability and redundancy are not usually built into the access edge of a network; however, it might be required in mission-critical situations. For example, a distributed healthcare and hospital group might deploy two branch routers at each remote site.  As shown in Figure 5, We have added Virtual Router Redundancy Protocol (VRRP) enhancements to provide the needed high availability.  These enhancements make it easier to provision up to three branch routers at each remote site in both greenfield and brownfield deployments. By default, the order of VRRP priority will be the onboarding order, with the earliest having the highest priority. An admin can later modify the priority for each router, and different priority-levels can be set for each VLAN/Subnet pair.

Finally, enhancements have also been made for monitoring and management of the VPN connections to each remote site. As shown in Figure 6, an admin can now revoke and/or refresh security keys used to create VPN tunnels. From the cloud, an admin can now update keys to enforce standard security best practices and revoke keys if a remote endpoint is stolen.

Wow. That is a lot to absorb for this month’s cloud updates.  But guess what?  There is even more, and I wrote an earlier separate blog about the new July features such as topology and supplemental CLI enhancements. Be sure also to read “Cloud-Speed Innovation – July 2020 – Part 1”.

Do you want to learn more about all the new bells and whistles in this July 2020 update of ExtremeCloud™ IQ? Take a moment to watch this video as Erika Bagby takes you through a short tour of the recent enhancements:

Multicloud: The Top Conversation Driver!
Keeping Your Head in the Cloud and Your Feet on the Ground – An Interview with Extreme Champion Trygve Wettestad
Cloud Managed Technologies Have Never Been More Critical
Three Things to Keep in Mind Before Fully Upgrading to Wi-Fi 6
Find a Pizza ‘Near Me’