David Coleman Director, Wireless Networking at the Office of the CTO Published 25 Jun 2021

This is the second in a series of continuing blogs about Wi-Fi 6E and the new spectrum bonanza in the 6 GHz frequency band.

Just look at all the new Wi-Fi channels in 6 GHz, as shown in Figure 1. That is a boatload of channels! In the United States, there will be as many as fifty-nine new 20 MHz channels available across four U-NII bands. Additionally, there is the potential to use twenty-nine 40 MHz channels. Even more surprising is that the fourteen new 80 MHz channels in the 6 GHz band are expected to be used extensively in the enterprise. Expect a future blog just about 6 GHz channel-planning for enterprise Wi-Fi deployments. 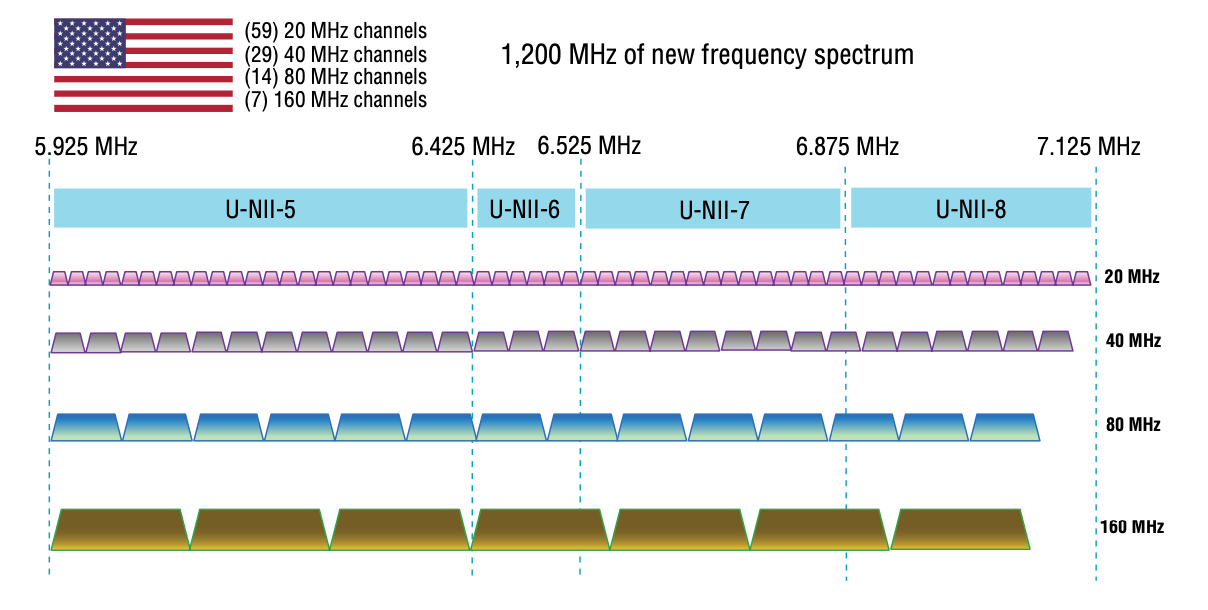 The other good news is that the international regulatory organizations for spectrum management communicate with one another. And as shown in Figure 2, many other world regions are also making all or portions of the 6 GHz frequency band available for Wi-Fi. As of this writing, almost 40 countries have also approved new regulations for the unlicensed use of 6 GHz. The Wi-Fi Alliance maintains a web page with a current list of countries enabling Wi-Fi in the 6 GHz band: https://www.wi-fi.org/countries-enabling-wi-fi-6e. 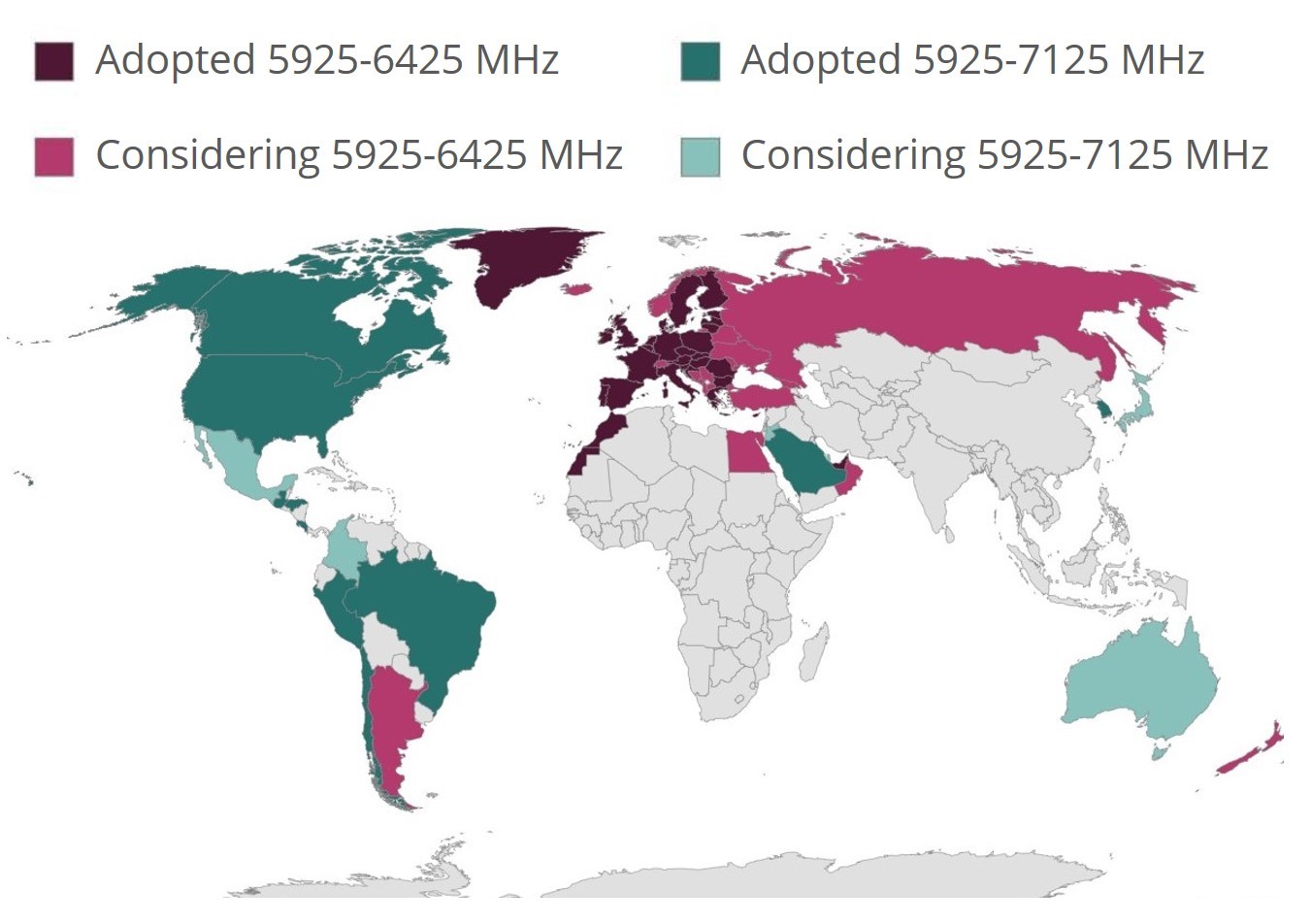 Figure 2 – 6 GHz Wi-Fi through the world

As shown in Figure 3, Wi-Fi is already ingrained in our society, with an estimated global economic impact of $3.3 trillion dollars in 2021. Yet, the potential of 1,200 MHz of new frequency space for Wi-Fi communications is mind-boggling. Opening the 6 GHz frequency for Wi-Fi communication is expected to bring $154 billion in economic value to the United States by 2025. 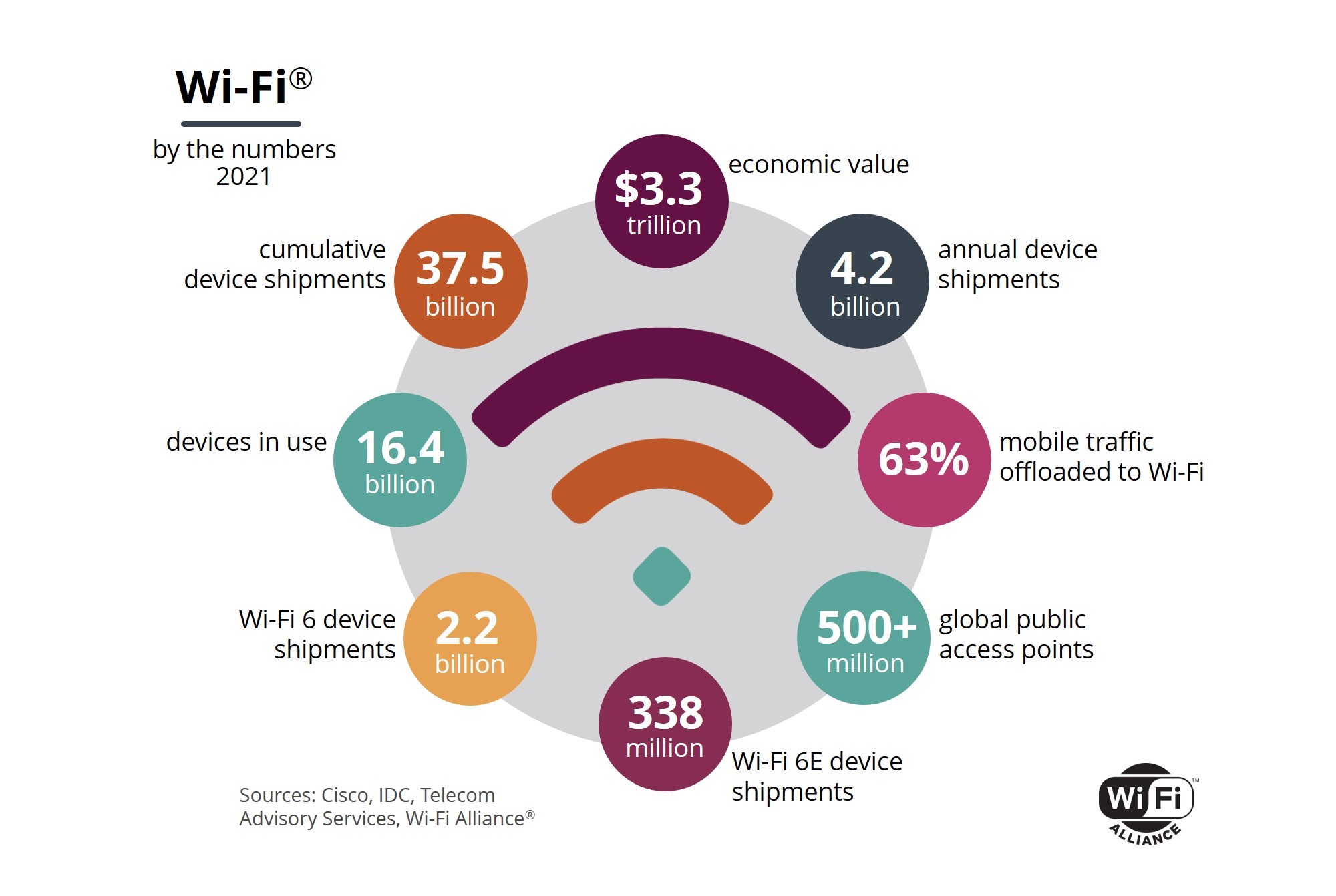 The Wi-Fi Alliance began certifying 802.11ax technology in August 2019, with a new certification called Wi-Fi CERTIFIED 6. In late 2020, the Wi-Fi Alliance announced Wi-Fi 6E as an “extension” for certifying the 802.11ax features and capabilities of Wi-Fi 6 to the 6 GHz band. Wi-Fi 6E is the industry name that identifies Wi-Fi devices that operate in 6 GHz. As shown in Figure 4, Wi-Fi 6E extends all the Wi-Fi CERTIFIED 6 technology benefits into the 6 GHz frequency band.

*AP and clients will be backward capable in the sense that they may support multiple bands, however, only Wi-Fi 6E radios can transmit on the 6 GHz channels

I have been working with Wi-Fi since 1997, and I have to say that the availability of 6 GHz for Wi-Fi is probably the most exciting thing to happen for Wi-Fi in the last 15 years. During my past two years at Extreme Networks, I’ve enjoyed working with Rosalie Bibona, Senior WLAN Product Manager at Extreme Networks. I think she put it best when she stated recently, “It’s almost like Wi-Fi is being born again!”  I could not agree with her more, Wi-Fi 6E marks a new beginning for Wi-Fi, and the future is extremely bright.

Extreme’s Scott Peterson Recognized as a 2023 CRN Channel Chief
Is Zero Trust Network Access The Answer For Your Cyber Security?
The History and Future of Identity Verification
Will The Cloud Find a New Home At The Edge?
Enjoying the Journey to Better Serve the Customer and Grow Professionally: An Interview with Mitch Needles