I have to keep reminding myself that Extreme employees, customers, and partners might not be familiar with some of the legacy capabilities of ExtremeCloud™ IQ that I have long taken for granted. One prime example is the VLAN Probe diagnostic utility that I have been using for almost ten years. As with communications network, problems with Wi-Fi networks arise that might require attention from an administrator. Wi-Fi operates at layers 1 and 2 of the OSI model, and therefore, a network administrator should concentrate on those two layers when troubleshooting Wi-Fi problems. If you can determine the problem does not exist at layers 1 nor 2, then the problem is not a Wi-Fi problem. Therefore, upper-layer troubleshooting may still be a necessity.

Wireless networks very often get blamed for causing problems that exist in the wired network at higher layers. If an employee cannot connect to the corporate Wi-Fi network, the employee blames the Wi-Fi even though the actual problem is somewhere else on the corporate network. If you validate that the problem is not a layer 1 or layer 2 problem, then the problem is usually a networking issue or problems with an application.

A typical support call is that a user calls and complains that they have a Wi-Fi connection but cannot connect to the network. If you have already determined that the problem is not a Wi-Fi problem, move up the OSI stack to layer 3 to check for IP connectivity. 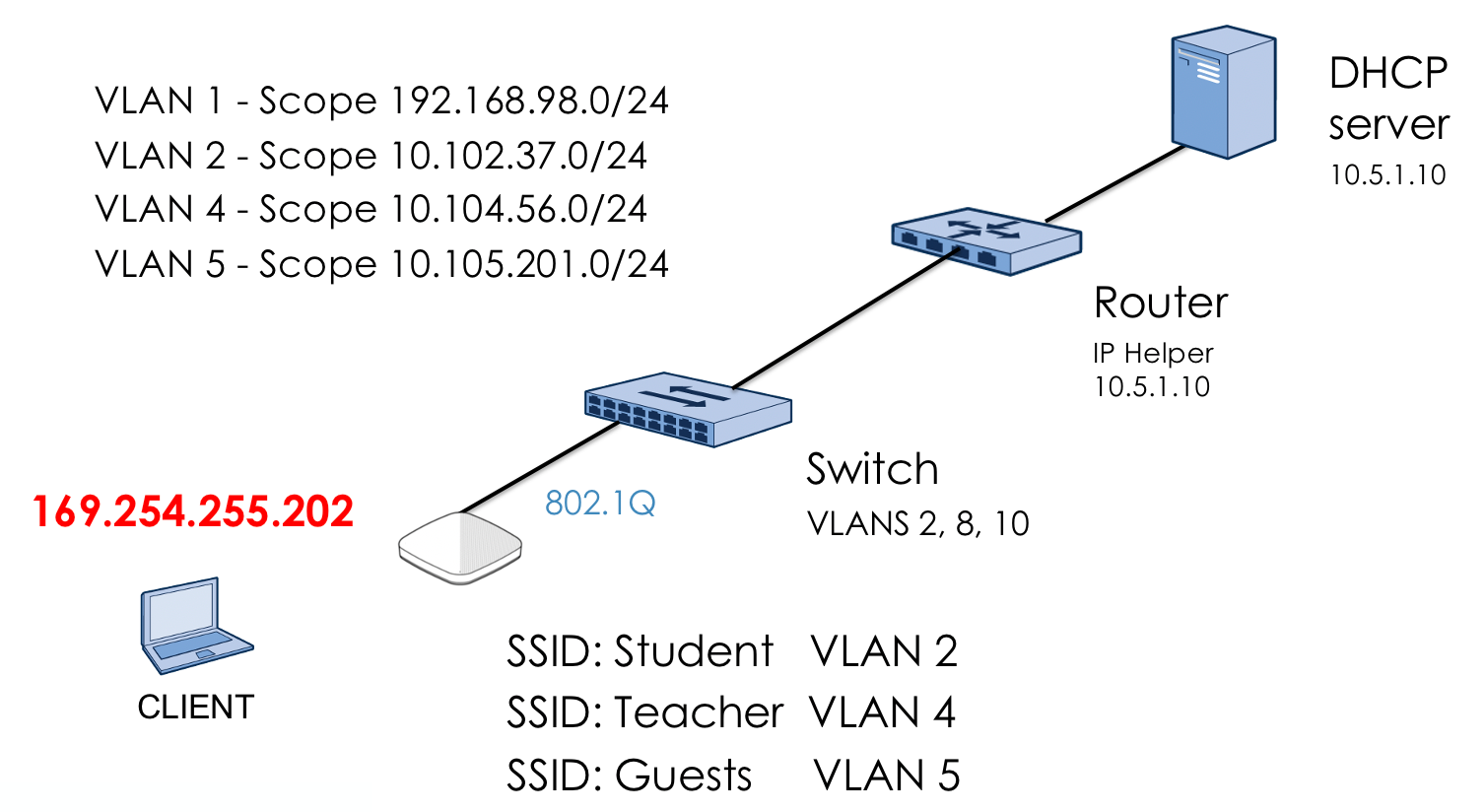 As previously mentioned, a common support call is that a user complains they have a Wi-Fi connection but cannot connect to the network. In this scenario, a teacher should be getting an IP address on the 10.104.56.0/24 network. A quick check-in the Client 360 view in ExtremeCloud™ IQ determines that the student connected to the proper SSID; however, the student received an automatic private IP address (APIPA) in the 169.254.0.0–169.254.255.255 range, or no IP address at all (0.0.0.0). As shown in Figure 2, this would be your first indication that the problem is most likely a wired-side network problem.

The next step is to employ the VLAN Probe diagnostic tool available in ExtremeCloud™ IQ. VLAN Probe reports if VLANs are operational on the wired network as well as the subnet of each VLAN. As shown in Figure 3, an administrator can select an AP to perform a probe across a designated range of VLANs. Please note that VLAN 4 (the student VLAN) failed. 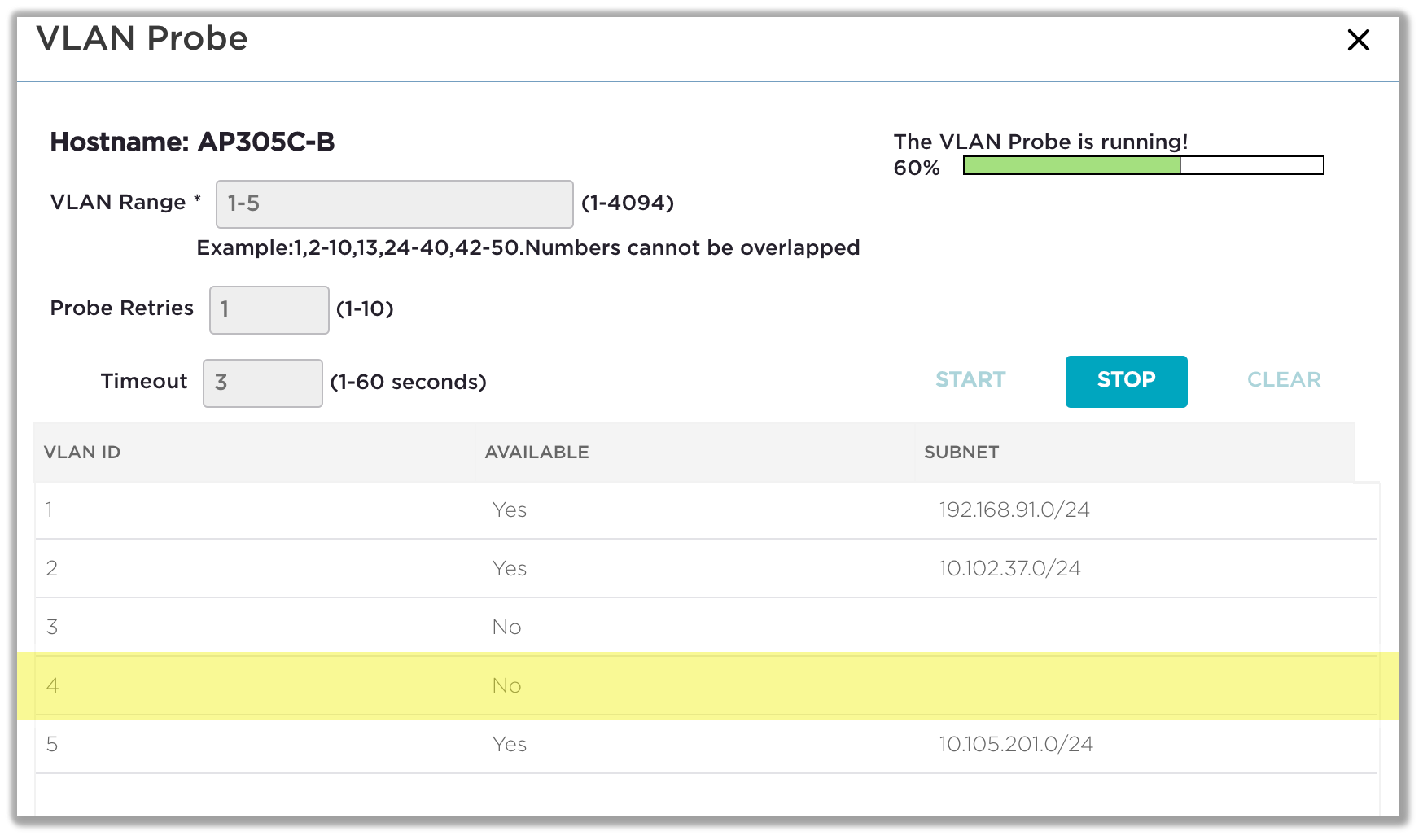 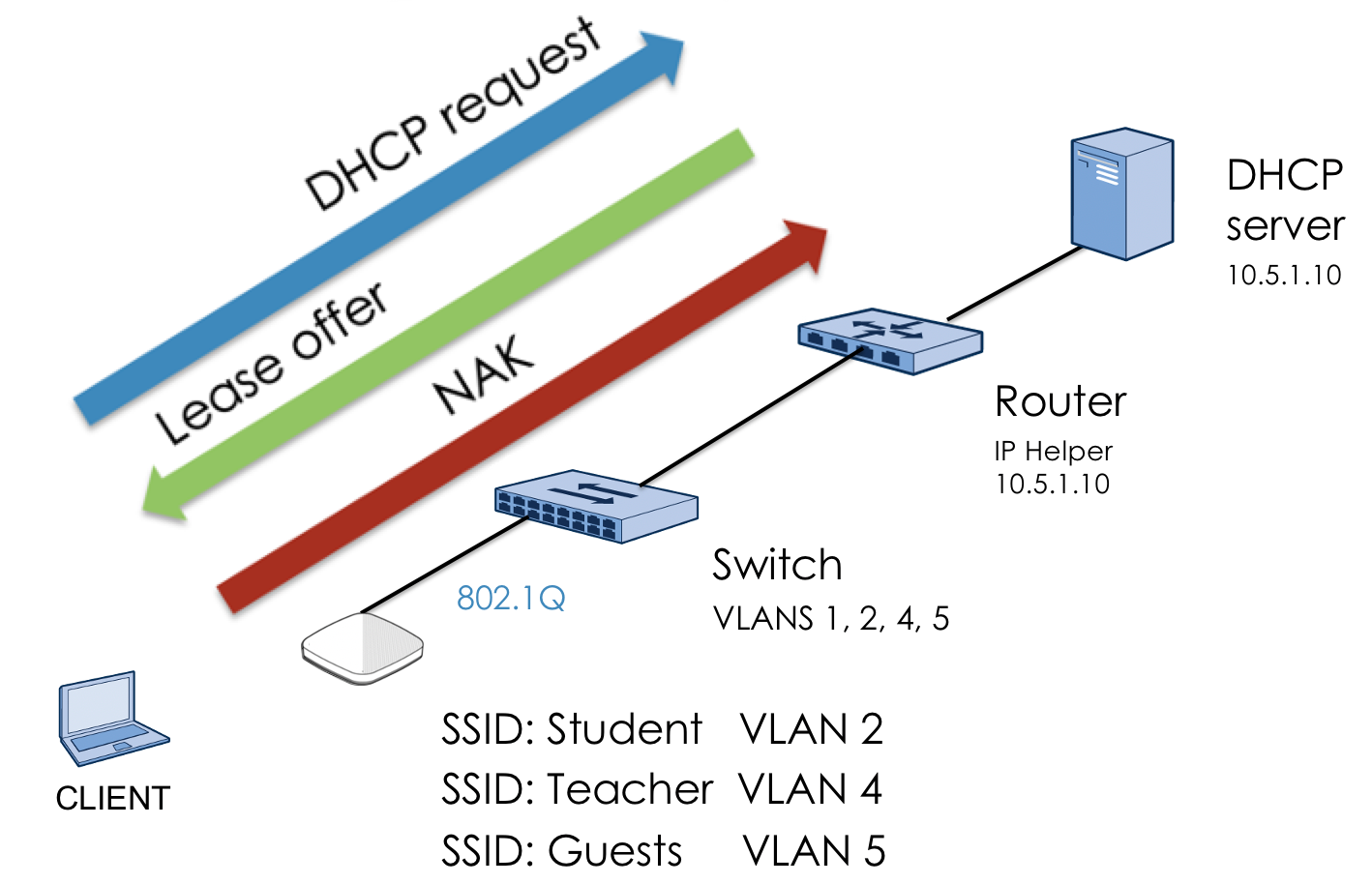 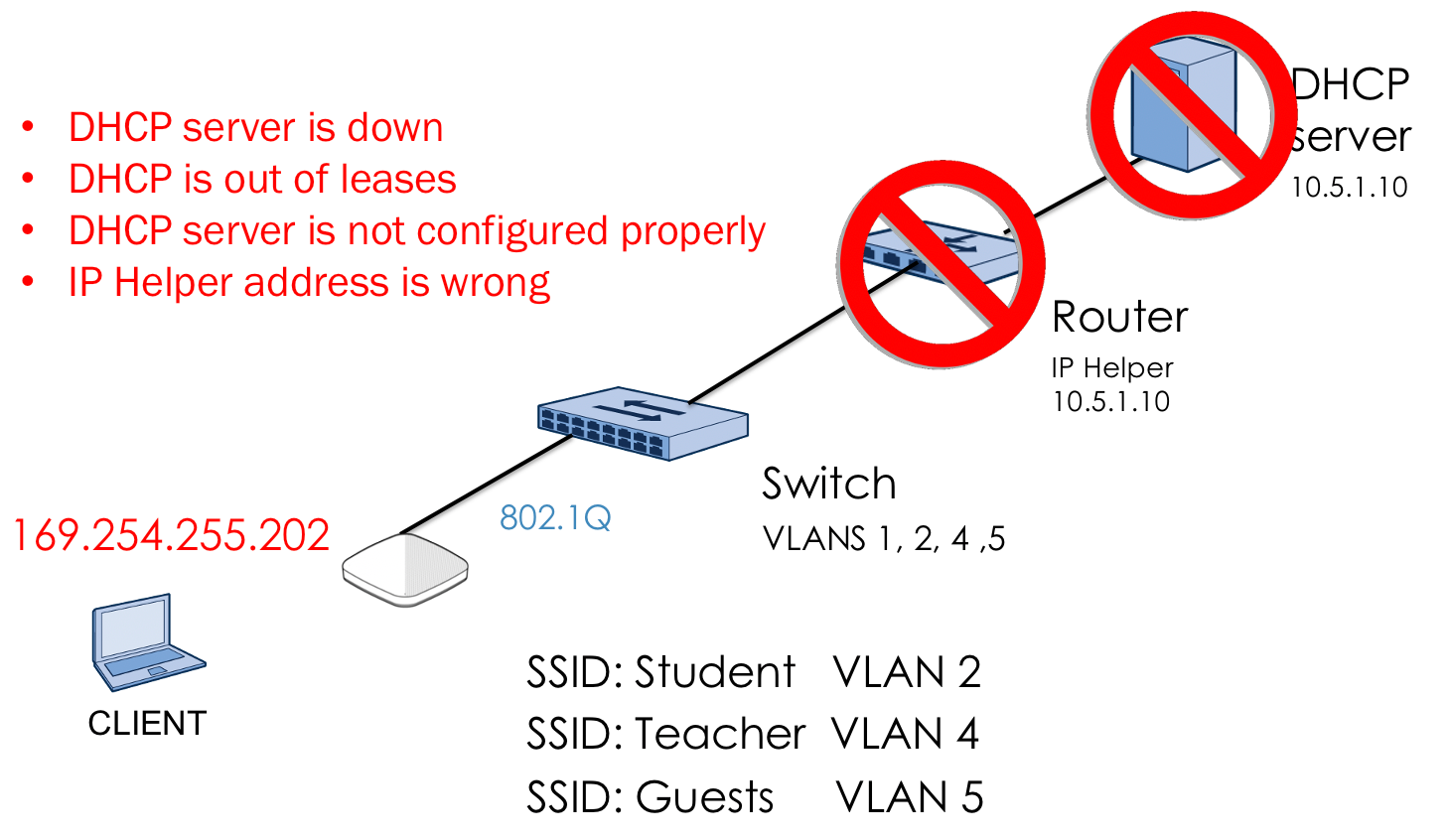 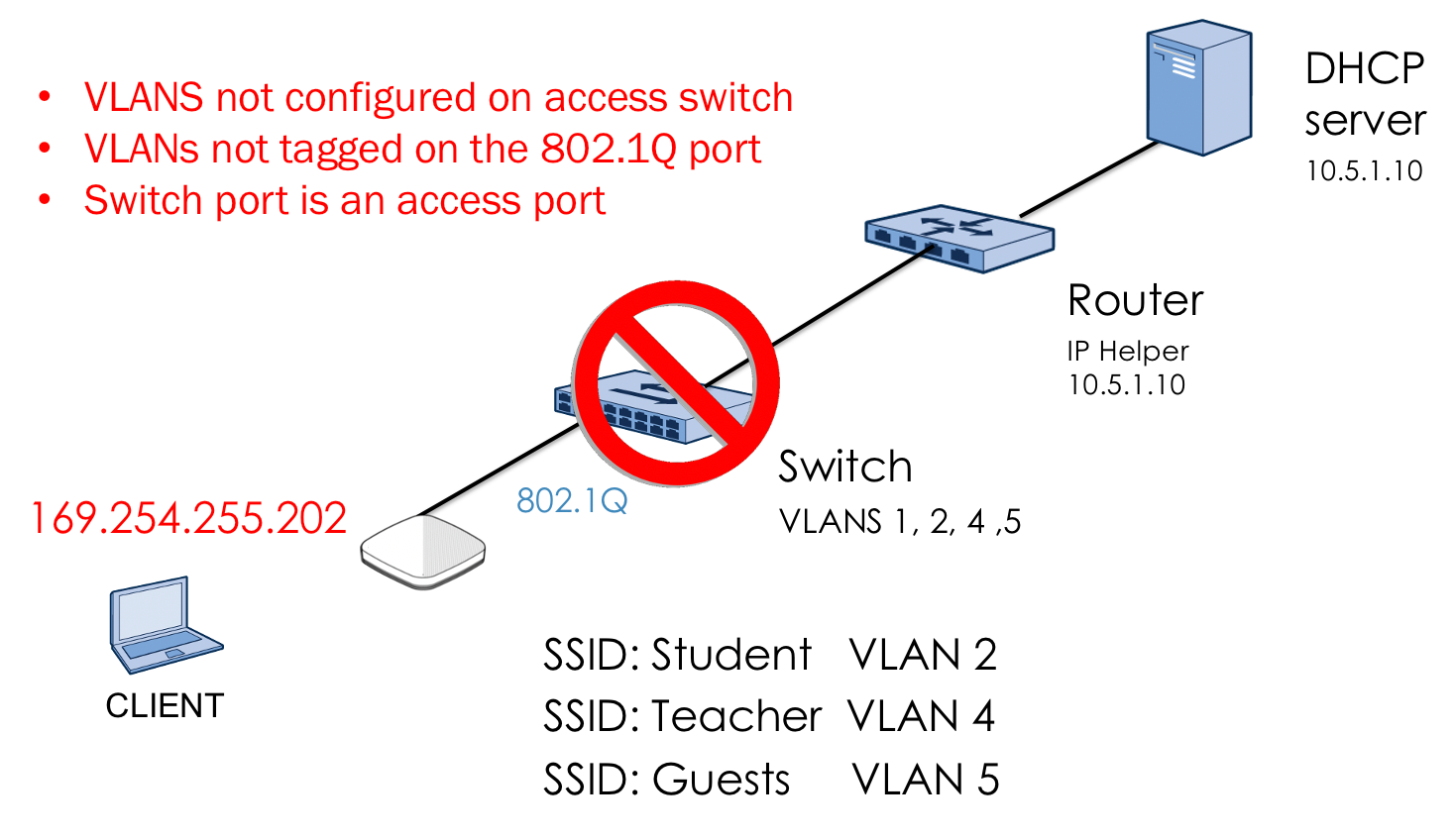 VLAN Probe is wildly popular with both Extreme customers and partners alike. Using the ExtremeCloud™ IQ VLAN Probe tool, an administrator can manage any AP at any location and begin the troubleshooting process of the wired network. VLAN Probe is the perfect tool to prove that the problem is not a Wi-Fi problem.