Get to Know Your Extreme Academy Professors!

The IT networking industry is a great place to work, and the demand for network administrators, data engineers, and IT managers across industries has never been higher! To further democratize access to IT training and certification and prepare the next generation of technologists for the workplace, we created Extreme Academy and Extreme Academy Live.

With our programs’ success and growth, we plan to train 50,000+ new cloud networking engineers over the next year! Students will receive expert instruction from our certified networking professionals in the Extreme Academy and will be prepared for advanced careers in our expanding digital economy.

Our Extreme Academy Professors are experts at what they do, and they LOVE it! To give you a glimpse of what it’s like to work in networking, how to become an expert, and why we love networking, we put together this fun video.

Watch to find out:

We’ll even tell you who we think should play each of us in a Hollywood film! 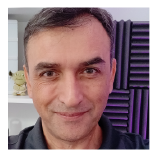 Rohan has been in the networking industry for 20 years and has been with Extreme for three years. At Extreme, Rohan leads the customer and partner training and sales enablement teams. He likes networking because “In the last few decades the work we do has changed the world, and the next few decades will be even more impactful.  This period will be remembered like the Industrial Revolution, and it’s great to be part of it.” Fun fact – Rohan likes bike riding and motor racing and dislikes gardening, but has plenty of time to do more of it in lockdown! 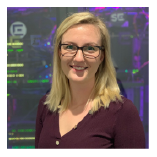 Before joining Extreme’s sales team, Bethaney was a school teacher. She is the Program Manager for the Extreme Academy. Bethaney believes everyone is welcome in our industry and the Extreme Ecosystem because “There are career opportunities for all, regardless of your gender, career background, or race.” Fun fact – Bethaney likes running virtual quizzes and renovating her home. 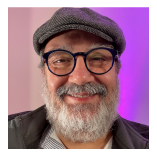 Isaac has been in the IT industry for 26 years. He originally had his own business focused on designing logos and signature fonts and then gradually moved into networking. He came to Extreme from the Aerohive acquisition. He oversees the curriculum used to train partners, including areas such as design, consistency, accuracy, and teachability of the course material. Isaac loves networking because “It has given me the opportunity to find joy in the work I do, and it satisfies my natural curiosity and urge to understand how stuff works.” Fun fact – in his spare time, Isaac builds scale models – mostly cars and planes. 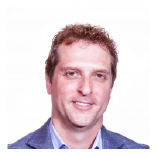 Dan has been in the technology industry for 24 years and has been with Extreme for the past eight. He leads ‘Team Educate’ within the Product Engineering organization. His team authors all technical documentation, builds and maintains worldwide solution demonstration platforms, and supports customers in their technical selection during product evaluations. Dan likes working in networking because “While networking is a mature industry, it’s constantly changing and evolving, which makes it exciting!” Fun fact – Dan can recite the entire movie “Top Gun” word-for-word. 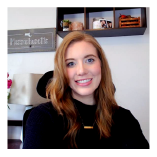 Alyssa has eight years of experience in the technology industry and has been with Extreme for three and a half years. As a Senior Channel Systems Engineer, she supports and manages our technical partner staff, provides training to them, and gives design and customer assistance when needed. She also handles the technical relationship between Extreme and Intangi and manages IRIS support for Extreme employees and our partners. Alyssa loves networking because “It’s the backbone of everything.  Whether it be our favorite store, our schools, our home network, nearly everything today requires a network to run.  It’s just amazing to think that a network is what’s behind it all!” Fun fact – in her spare time, Alyssa loves baking and watching American football with her family. 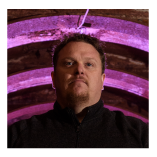 GT has 21 years of experience in networking and has been with Extreme for one year. He works with some of Extreme’s largest customers in his systems engineer role, including Walmart, Tyson, and FedEx. GT likes Wi-Fi because “It’s never the same – it’s still a misunderstood technology, and there are great career opportunities with it!” Fun fact – GT owns a Titan II Nuclear Missile Complex that is used for events, bed & breakfast, and general fun. 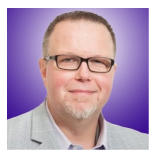 John has twenty-nine years of experience in the tech industry and has been with Extreme for eight years. He leads the World Wide Enablement Team. His team works to help others learn and achieve success. John loves networking because “It connects people to each other and to a nearly infinite amount of information.” Fun fact – John is currently building a full-sized arcade cabinet with his 9-year-old son.

We hope this gave you a view of what it’s like to work in networking and inspires you to advance your future!

If you’re interested in expanding your curriculum and helping your students advance their careers, become an Extreme Academy today! You’ll gain access to educational resources that are at the forefront of technology.

If you are a student and are interested in studying the Academy Courses…we recommend that you subscribe to our YouTube Channel as we release lessons here regularly.