Natalia Alban Bravo is a proud Colombian woman. She is pursuing her master’s degree in marketing, can speak three languages – English, Spanish, and French – and doesn’t get deterred by setbacks. She has always been drawn to sales and loves to study leadership best practices. She joined Extreme because her supervisor made her feel like she was going to be a part of something bigger than her role as a regional sales manager – and he was right. See how Natalia advances with us!

Tell us about yourself – how did you come to Extreme and what does your role entail?

I learned about Extreme when I was working at a partner organization, and Extreme was one of the vendors we sold to customers. I worked there for a few years but was looking for something new, so I stepped away from my position to take a break and decide what I wanted to do. Less than a month later, one of my colleagues who worked at Extreme told me about an opening for a sales manager position at Extreme in Colombia.

When I started at Extreme, I was by myself in Colombia. My closest coworker geographically was a remote systems engineer based in Mexico City. What’s been great about my role here is that I’ve been able to make it my own and run sales in my region like my own company – it’s like I’m an entrepreneur. After establishing a base in my region, we were able to expand the team as well as the region we cover. Now with a local team of six people, I’m managing the sales across 20 different countries including Colombia, the Caribbean, and Central America. 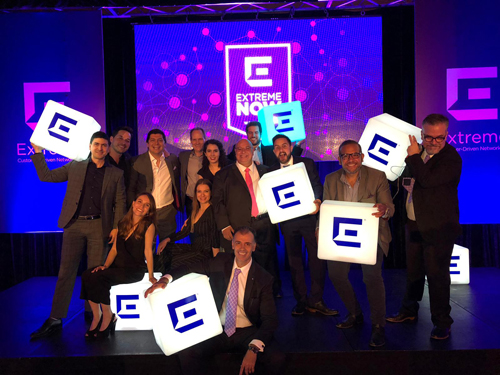 [Natalia and some of her teammates at an ExtremeNOW event]

The people, the work, and the opportunities to grow! The people at Extreme are amazing – we’re all on the same team and want to win. Extreme lets me be creative and empowers me to be a part of something bigger than my role. The professional development has been fantastic as well; I’ve had many coaches and mentors who have helped me grow in my role. Our Women’s Leadership Council is doing a fantastic job spearheading the mentorship program – I’ve enjoyed the program and have learned a lot from my mentor. I feel inspired every day I come to work.

What has been your favorite memory at Extreme?

Our sales kickoff event that we host in Las Vegas. Being down in South America, we don’t get to see our colleagues often, so when the entire sales organization gets together it’s exciting just to get to know people face to face. We get to build relationships with colleagues in person and learn new tips and tricks from each other. 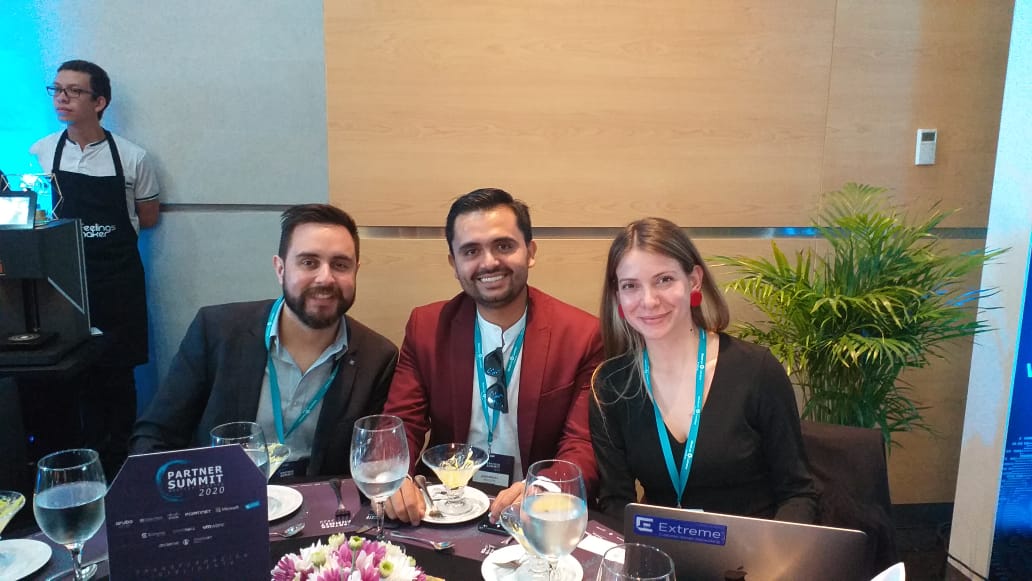 I love exercising – I train six times per week. I used to play sports, but after suffering from a stroke a year and a half ago I became partially blind. Now, at times I can be a bit clumsy so I’m not able to play sports or drive a vehicle, but I haven’t let that stop me. I’ve found new ways to train and still enjoy exercising.

Where is your favorite place in the world and why?

Colombia of course! More specifically, my mom’s house. It’s my favorite place to be. I love everything she cooks and she’s always there for me.

Who inspires you and why?

I’m a very fond reader. I read a lot. I enjoy reading about great leaders and every time I finish a book, I feel inspired. It’s inspiring to learn about the experiences a leader went through and how they overcame a situation and found success.

What advice do you have for colleagues and those entering the workforce?

Join Natalia and the rest of the team!

Visit our careers page to explore opportunities in sales as well as the many other roles in which you can advance and help Extreme drive effortless networking experiences for enterprises worldwide.

Celebrating Asian American and Pacific Islander Heritage Month
Change Management the Sith Way – or How to Disrupt the Galaxy
Wi-Fi or BLE? What To Use For Business Applications
5G Beyond the Hype Part 2: 5G is a Plurality
Extreme Connect Virtual is Back – May 26 – 27, 2021