Change Management the Sith Way – or How to Disrupt the Galaxy

Daniel Schieber Solutions Architect, Office of the CTO Published 4 May 2021

Peace is a lie. There is only Passion.

Through Passion I gain Strength.

Through Strength I gain Power.

Through Power I gain Victory.

Through Victory my chains are Broken.

The Force shall free me. 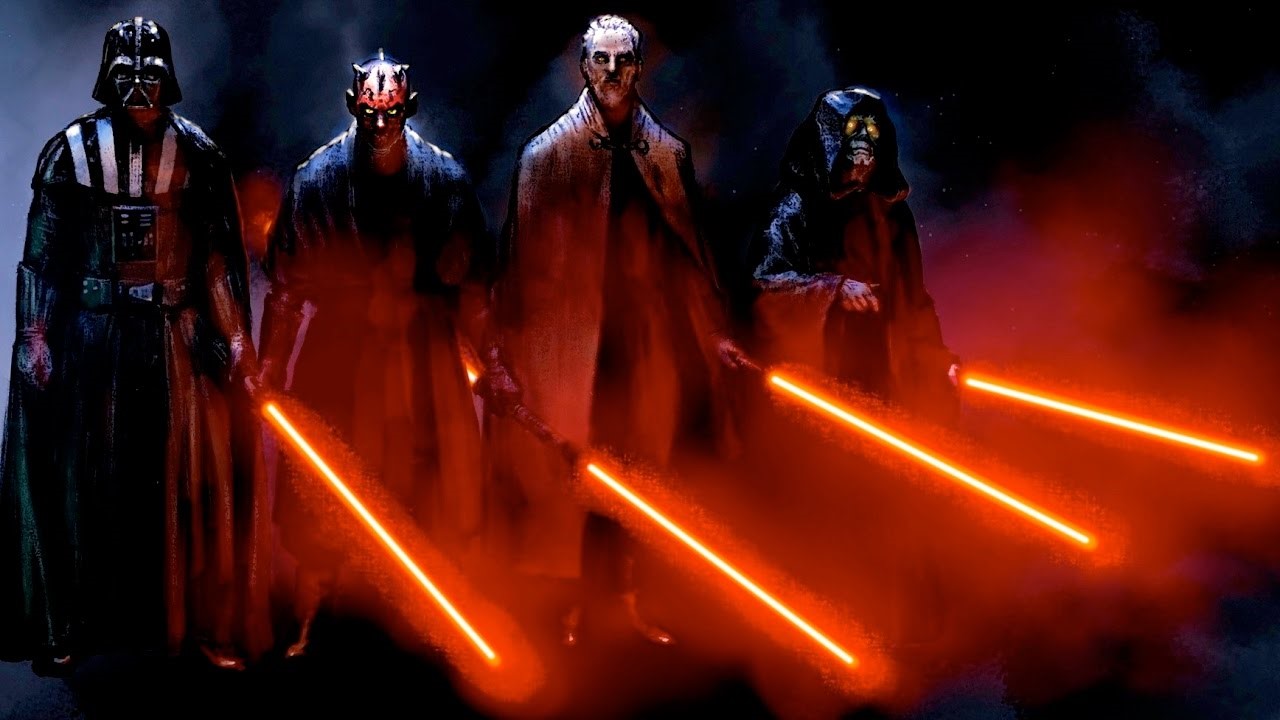 May the 4th be with you. To celebrate Star Wars day (May 4th), I thought I would offer my thoughts about how the Sith applied change management in the Galaxy.

The Sith, also referred to as the Sith Order, is a key protagonist order devoted to the dark side of the Force in the fictional universe of the Star Wars movie franchise. Something that always puzzled me was the motivation of a Sith. The Sith behavior in the movies always struck me as very irrational to do evil things for evil sake. However, when I began playing the video game, Knights of the Old Republic, I heard about the Jedi and Sith codes and hoped to gain more insight. Unfortunately, I’ve still been left disappointed with the individual decisions and plans by some of the more prominent Siths.

That was until recently, when someone close to me had to venture into the field of change management. Suddenly the pieces started to fit together, and I had a moment of deeper understanding for both sides of the coin. There certainly has been a fair share of change and change management in my career. Still, the details are sometimes elusive and difficult to pin down if you are in the midst of everything. However, looking at it from the outside, things became to make more sense.

Let us take a company that has established itself in its market and daily business. Not everything works perfectly, but one has grown to use the tools at your disposal to do the job – sometimes, you are even proud of the odd clever trick to make it all work. Yet, there comes the time where it all does not scale anymore, and people start getting stressed at first, annoyed soon after. Annoyance may become despise and despise…. you see where this is going.

So, are the Sith just the little guys and gals fed up with “the system” and want to channel their emotions into actions? With the rule of two, they form a pretty low-footprint startup that could disrupt the entire space with those radical ideas. No more “patience” but instead “change” to break free from the shackles of processes that once seemed efficient, but now are cumbersome and sometimes maybe even entirely obsolete.

Peace is a lie.

Weirdly enough, Star Wars Episodes I-III hint at something being foul with the traditions of the republic and the Jedi Order in particular. Instead of exploring the valid motive of changing things to free society from the shackles of old, the Sith simply fall back to the tropes of “we want control of the galaxy” and “more power!” The much more interesting question is hinted at from the sidelines – maybe the current order is not as great and efficient as everybody thinks. Perhaps it is wrong to hold on to tradition and rejecting change. Maybe it is the way of the Sith, the yearning for constant change that drives things forward.

Regarding change management, there is also a danger in doing the right thing all the time. Let us assume you are doing everything right, listening to your customers and expanding further into the market. You would certainly not want to change anything in such a situation. In fact, it would seem very foolish to abandon your best-selling product and to start looking for opportunities in other markets.

That is until someone else innovates and possibly disrupts your business model with something new. Despite best efforts, some of the largest companies in history have ultimately failed because they were focused so much on doing everything right. They were unable to adjust to changes in the market. We refer to those changes usually just as a change in demands. However, upon closer inspection, they are often changes in perceived value. An excellent product today might still be great tomorrow. Still, if customers prefer a more simplistic version or sometimes just an easier way to consume the same product, operations may be disrupted.

The same can be said for an internal process. Yes, using the good old spreadsheet to handle all your customers, orders, and even travel costs might have worked a long time. An internal process might be updated frequently to cover new rules or data discovered later to be important. In fact, a defined process might have become so customized, advanced and specialized that it becomes impossible to imagine things to be handled any other way.

Eventually, it might start with a single user who would like a more straightforward and streamlined approach to solving everyday tasks. Those requests might compound into a general consensus that the current tooling is not great, but it still does the job. Despite that, it takes much more time to switch to another tool that does all the things that our beloved spreadsheet does. As more people become annoyed, suggestions are made for simple tools that do just one thing really well and don’t burden you with additional work. Many of these suggestions are rejected because they do not meet all-encompassing objectives.

Through Passion I gain Strength.

The good ending to that story would be management that intervenes and forces a change or, better yet, introduces it in a dedicated department free of preconceptions or “history” about the way work has to be done. The bad ending is that employees become frustrated enough to either leave their job or start an open power struggle to change things, sometimes even by becoming more and more unproductive – essentially harming the company. In either case, the longing for change drives them to the ability to change things.

Through Strength I gain Power.

From the perspective of the individual, the outcome will be that change is happening in one way or another.

Through Power I gain Victory.
Through Victory my chains are Broken.
The Force shall free me.

Now, I don’t want everyone to get their red-lighted saber ready at once, but maybe things about the Sith are not all evil. Perhaps they are more necessary than one might think at first glance. The Jedi and Sith’s struggle, in general, leaves us with the question of what comes after change. Wouldn’t the Sith in power now present a new balanced state after the dust has settled? Isn’t the Empire just as guilty of enforcing strict management of the Galaxy after replacing the Republic? Wouldn’t that put the Rebels into the same position that the Sith were earlier?

Next time you get angry about something that needs to change, maybe don’t feel too bad about giving in to your emotions and striking at the Emperor.

May the Force be with you!