Being experienced and hungry for adventure are not mutually exclusive. Our guest today has seen it all over his 20+ years in the networking world, yet he knows the value of change and advancing with Extreme. Please welcome Extreme’s Hero of the Quarter Martin Laitt, a pre-sales consultant from Daisy Corporate Services!

Hi Martin, how have you managed the pandemic, both professionally and personally?

It’s been a curious year or so. But even before the pandemic hit, I was already a home worker, so in fact my professional life didn’t change too much. At home both my children were just finishing sixth form (the part of a school for students aged 16-18 in Britain) and due to start university, but that was all disrupted. My wife also works in education, so I had more company at home than usual, which was nice.

Do you remember your first experience or project with the purple equipment?

The company I was working for in 2000 provided solutions and services using Extreme products and I managed to convince the IT department to use Extreme switches for our own internal network. We deployed the original Summit 24 and 48 switches with 1 Gigabit fiber uplinks which was a massive improvement on the previous equipment. The switches were still going strong when I left around 8 years later.

How has the industry changed from what it was 20 years from now?

In fact, when I started out in the networking industry nearly 30 years ago, I was deploying and supporting FDDI, 10Base5/2, IPX/SPX, and AppleTalk as well as Ethernet and IP. 20 years ago, it was pretty much just Ethernet and IP as we know today, but the equipment was bigger, had less port density and 100 megabits was as good as it got.

Where do you see the networking industry going in the next 5 to 10 years?

I think the future sees more reliance on wireless connectivity, both WLAN and cellular. Today everybody wants to be able to work from anywhere, anytime and have the same experience. The pandemic accelerated that, and most companies had to put solutions in place almost overnight. Now those solutions are having to be ratified and we are still waiting to see if people will return to offices.

That said, however, there are obviously some verticals where people will always have to go to a place of work and as such what we know as traditional networking requirements will still exist, both wired and wireless. We had already seen a shift towards the ‘cloud’ and that I think not only will continue, but probably accelerate, too. It’s going to be an interesting few years as we all get used to the new normal.

As networking people, we have to be prepared to adapt and change quickly. If we don’t and stand still, we’ll get left behind, both as vendors and partners. 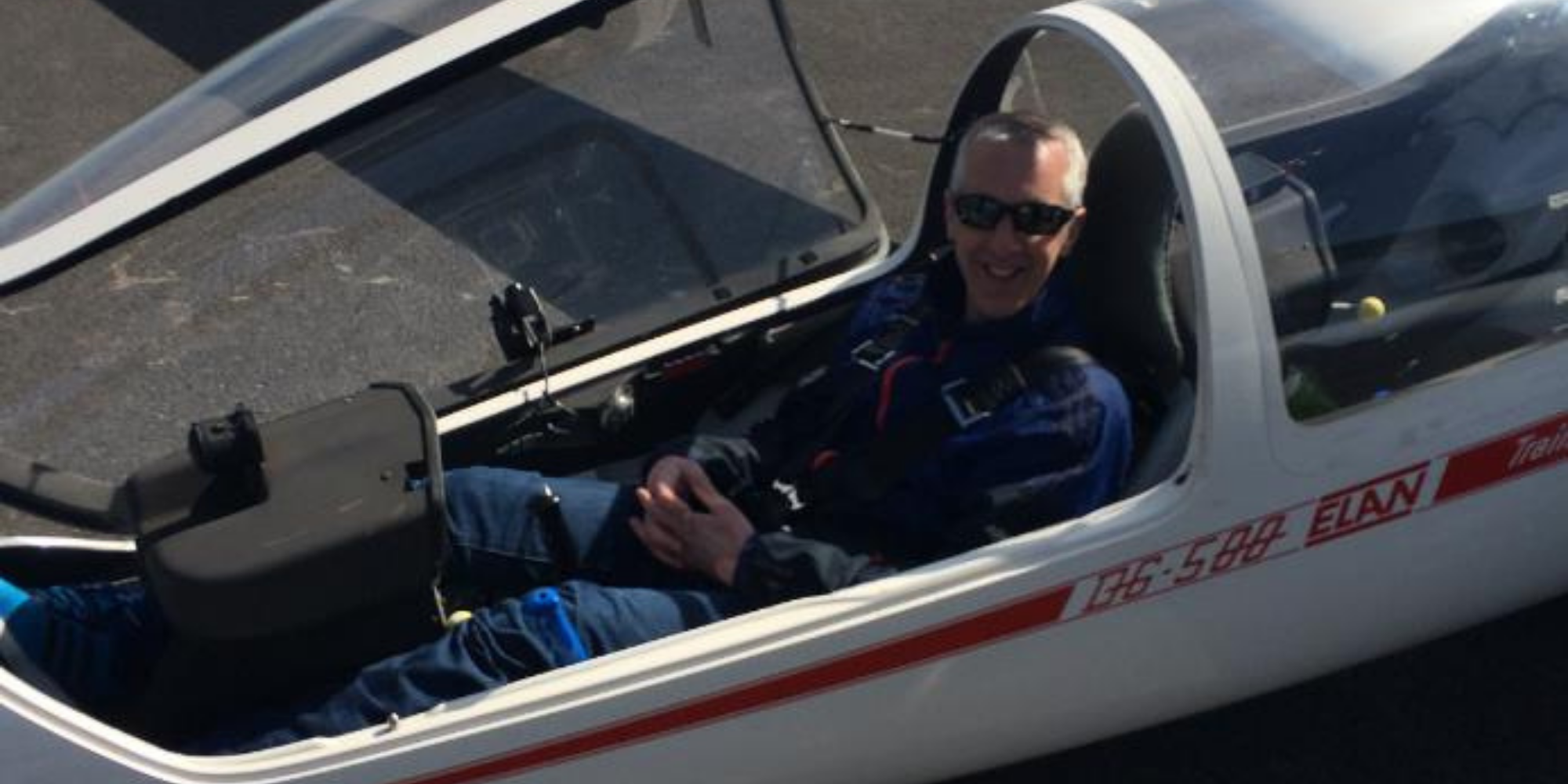 How would you describe your experience as an Extreme partner? Which single element of the partnership would you say is the most satisfying – both to you and your company?

I have always enjoyed working with Extreme. One thing I find most satisfying is how approachable the account team we work with are. On a personal level I have close connections with Extreme’s account managers and SEs, but this also extends to the peering with Daisy’s product and marketing teams and wider sales teams at a company level.

How has the Extreme Partner team supported you in your efforts to attract prospects and opportunities?

The partnership is very much two way, as a partner we have customers who don’t use us for networking requirements, so if they do, we engage with Extreme and conversely Extreme brings us opportunities that we may have been unaware of. Either way, the Extreme Partner team are right there with us, attending meetings, running demos and proofs of concepts, helping with and validating design options, working with post-sales, and basically providing support from start to finish.

As a former engineer, you probably need to see the benefits of technology in the real world first before being convinced its right for your customers. What Extreme solutions have most resonated with your customers?

In my pre-sales role, I am more confident and have a greater success record with customer opportunities when I speak from experience of solutions, I have previously delivered myself or at least seen in action. ExtremeCloud IQ is one particular solution that resonates very well with customers right now.

Being cloud-based is what most customers want right now, especially for management, visibility, troubleshooting and reporting. They do not want an on-premise platform that they need to run and maintain. With Extreme maintaining ExtremeCloud IQ, customers simply consume its capability and take advantage of any new features or enhancements, all with a simple subscription model and a ‘single pane of glass’, being capable of managing most of the Extreme portfolio.

Another great story is the new universal hardware for both switches and access points. This not only gives customers a flexible option for deployment methods that can be changed in the future, but it also aids design, making a solution easier to propose and ultimately support.

Speaking of customers – what are some notable deals you’ve helped with?

That’s correct, I was part of a team that recently signed a great deal with a large healthcare customer. This was very much a joint effort between Daisy and the Extreme Partner team, both playing key roles in being successful!

The solution will displace a different vendor and there were several key points that the Extreme solution provides which eventually won the deal. These include the universal hardware, ExtremeCloud IQ for management and reporting, Extreme Fabric Connect’s shortest path bridging capabilities, and ExtremeAnalytics with its visibility as a key factor for the customer.

You are an Extreme Hero and you’ve also done some heroic things in your private life. You helped set a new Guinness record for the heaviest aircraft pulled over 100 meters by a wheelchair team. Can you tell us some more about the Wheels4Wings initiative?

The Wheels4Wings initiative was an event organized by Heathrow Airport and British Airways to raise funds for the UK charity, Aerobility. Aerobility offers disabled people, without exception, the opportunity to fly an airplane. I had not been involved with Aerobility before, but I have been involved with other charities and heard about the event through a Facebook group. They needed to get enough volunteers together for it to happen, so I put my name forward.

It was quite surreal, 98 of us in wheelchairs all tied to a very big plane. Trying to get a near 130-ton lump of metal moving was hard work, but we did it. About halfway down the 100 m course it started slowing as we tired, but we dug in and got the world record. The previous record was 67 ton, so we smashed it, and hopefully it will stand for a long time!

What’s on your mind when you’re hovering in your glider high above Lancashire?

This was through another charity I have been involved with, Sportability. They do several things including quad biking and gliding, and I took them up on the opportunity to fly a glider. I am not actually a fan of flying but I love pushing myself, so I spent a great afternoon in the sky without an engine!

It is the most fantastic feeling, it is so quiet, nothing like being in a plane going on holiday, and I got the chance to take the controls for a while. I thought I was going to be nervous but once we were up and ‘gliding’ around I felt a sense of freedom and for a moment forgot all my worries. The one thing that was going through my mind though was that the pilot had a parachute, and I did not. But if you have never done it before I would highly recommend it!

Next on my list is waterskiing and maybe skiing with Access Adventures, another charity delivering life-changing adaptive sports & activities. 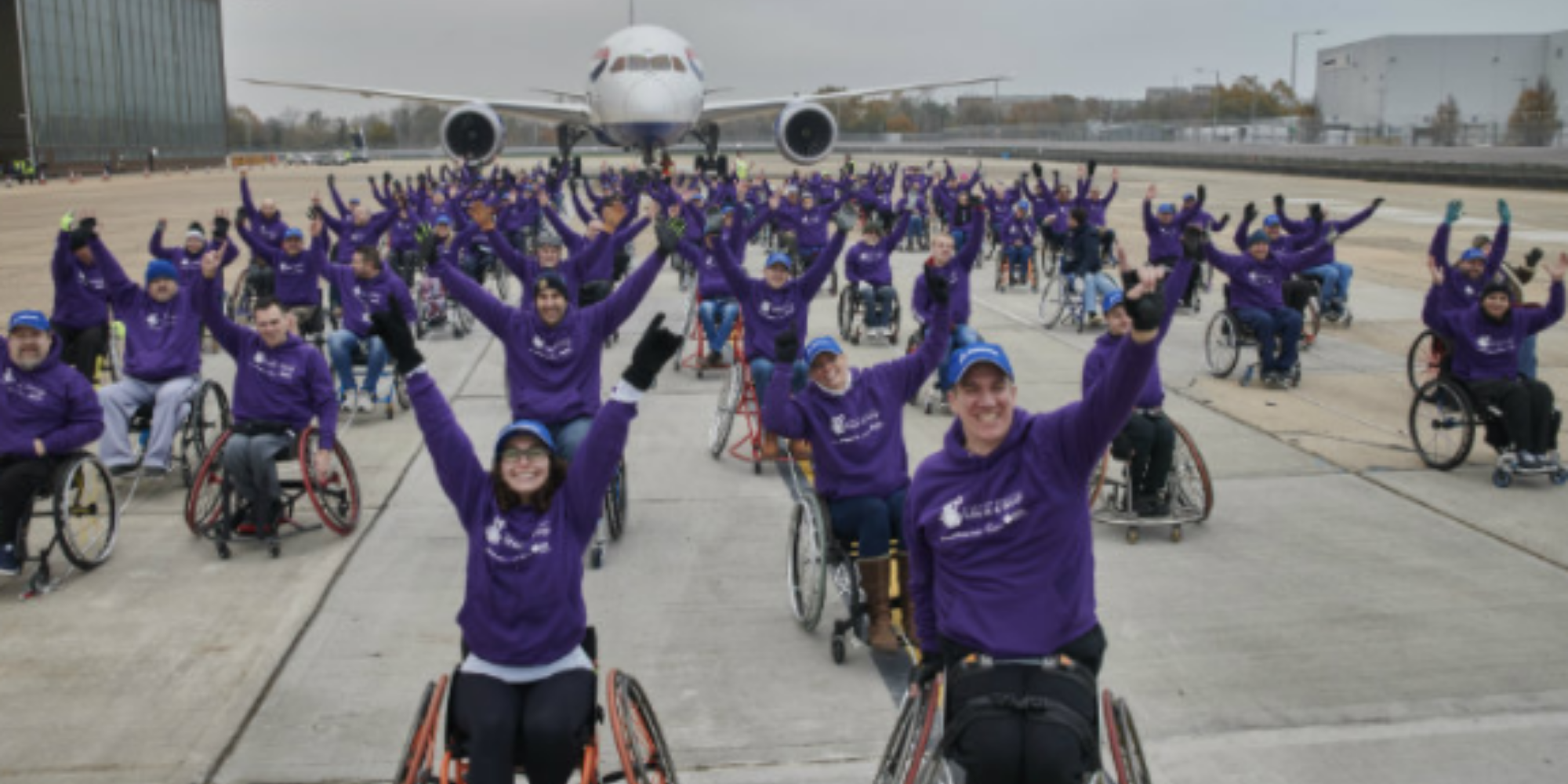 If you are an Extreme partner and would like to become an Extreme Hero, click here to learn more.