The Worst Case Scenario With Online High Stakes Testing: How To Avoid It and Achieve Success 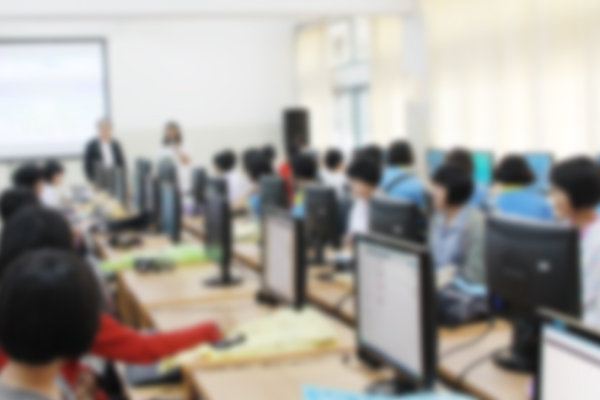 Something was seriously wrong in the state of Tennessee. On the morning of February 8, 2016, after preparing for months, students throughout the state were seated at their computers and ready to take the TNReady test. Some students had been able to start, but now all the tests were frozen. Unable to tell what was happening, district technology directors frantically tried to contact each other…

That morning in February, the worst case scenario happened in Tennessee. Not only were the tests frozen, but no one could tell why, or how to fix it. Was the problem limited to a few computers; was it caused by the local network; had a broadband connection dropped out; was it a state-wide outage; or part of a national problem? All of these were possibilities. The Tennessee test, known as TNReady, was provided by North Carolina-based Measurement Inc., who also managed testing for New Jersey and Michigan.

Local Tennessee school districts had spent millions of dollars on new computers, iPads, and upgraded Internet service. Teachers and students had practiced for months taking sample tests using the Measurement Incorporated Secure Testing (MIST) online testing system. Local network managers had prepared by allocating bandwidth to testing, setting up filtering, and bandwidth shaping. But at 8:25 a.m. on the morning of Feb 8, the tests didn’t work and no one had the visibility to determine if it was due to local infrastructure or something bigger. Vital network analytics were missing.

Network Analytics, like ExtremeAnalytics, can provide full visibility into the network, all the way from the local devices to the remote application servers, so IT and network managers can pinpoint trouble, often even before an outage occurs. ExtremeAnalytics would have shown the Tennessee district technology directors that all their local systems and infrastructure were performing fine; the trouble was in overloaded remote servers.

In preparing for state-wide online testing, school districts must verify that all branches of their local networks involved in the testing have adequate bandwidth to handle the simultaneous access to the remote servers. ExtremeAnalytics enables districts to validate that bandwidth. Districts can also trace the network path and any inherent delays all the way out to the remote testing servers and back, well in advance of the testing dates.

On Tuesday morning, March 29th, state testing in Alaska and Kansas came to an abrupt halt. Unbeknownst at the time, a backhoe in Kansas had just severed a major fiber-optic cable that provided Internet service to the servers of the  Center for Educational Testing & Evaluation (CETE), the provider of the Alaska Measures of Progress (AMP) exam and the  Kansas Interactive Testing Engine (KITE). School districts equipped with ExtremeAnalytics would have been able to easily pinpoint the source of the outage.

Want to check out your network that connects your student devices to the testing servers used by your state? There are currently seven online testing companies that administer online tests to the 50 states. Which companies administer tests for which states has been a moving target, but we’ve captured a snapshot of all 50 states in our blog Preparing Your School District for K-12 Online State Assessments. That blog will tell you how to access the remote, cloud-based testing server to take a practice exam. By taking the practice exams, you can see how well and how quickly the network and the practice exam server respond. All you need is ExtremeAnalytics installed at your district to capture and display the timings. As the assessment dates approach, you’ll want to do this test with the actual exam servers.

Here are some network and application timing results that ExtremeAnalytics revealed when we took various states’ practice assessments. These were just quick tests to verify connectivity. More thorough testing would be conducted under varying loading conditions. 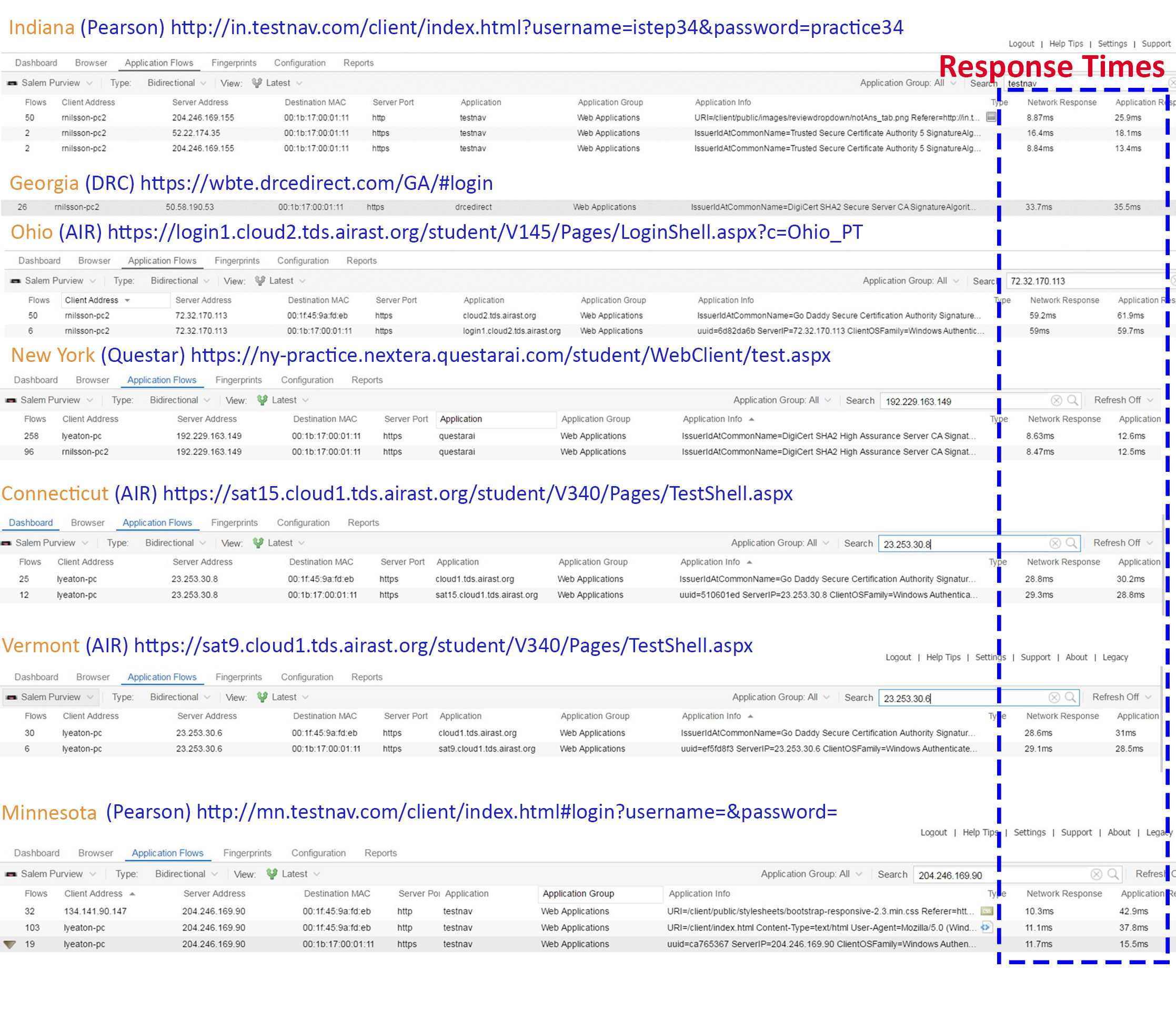 This blog was written by Bob Nilsson, with help from Scott Ferguson and Frank Thomas