Donagh Horgan came to Extreme two years ago to build AI algorithms for monitoring network traffic. He loves the collegial atmosphere in all the engineering teams at Extreme. He says, “Everyone’s really friendly, and people go out of their way to help you as well, it’s a lovely place to work.” After working for several larger corporations, Donagh notes that the difference he sees at Extreme is the amount of transparency Extreme has across all levels of the business. See how Donagh advances with us!

What do you do in your role at Extreme?

I started on cutting-edge projects, which is initially what I was hired for, but since then our team was refocused after the acquisition of the Aerohive data lake. That’s what I’ve been working on ever since. My team is working on building what’s been called Co-Pilot, which is our first foray into advanced ML/AI insights for ExtremeCloud IQ. We have features that exist in ExtremeCloud IQ today that feature ML and AI, but what we’re doing is more sophisticated, more advanced, and it’s the first time that anyone’s taken this on as a production feature. It’s an exciting time to be in the company. 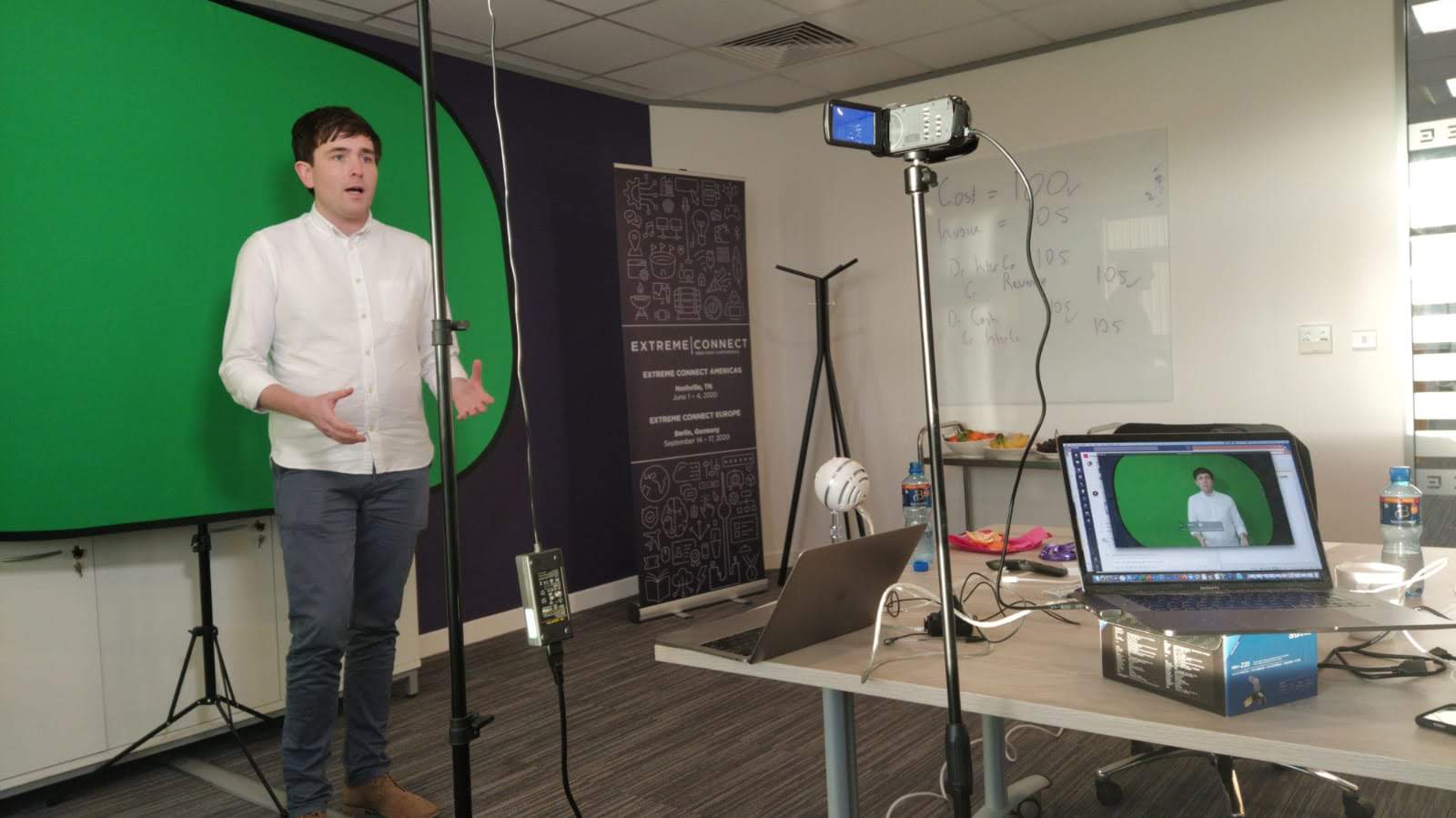 What has been your biggest achievement at Extreme?

Last year, I worked on a project where we began to look at this era of data. It was a project to find the root causes of things inside the system. For example, when something happens at an access point and suddenly a whole bunch of users get disconnected, can we trace back and find what the root cause of that was?

When we started looking at the problem, we thought this is surely something that has been studied by lots of different people over many years, and probably there’s an off-the-shelf solution that we can take and use. Well, there wasn’t! There was nothing that we could find that was a good fit for these specific kinds of problems. We ended up doing fundamental research on how to fix the problem. We went back to the data, analyzed it, formed hypotheses, conducted experiments, and essentially created our own algorithms from scratch to solve the problem. Since then we’ve patented that algorithm and it was great to be a part of that project. 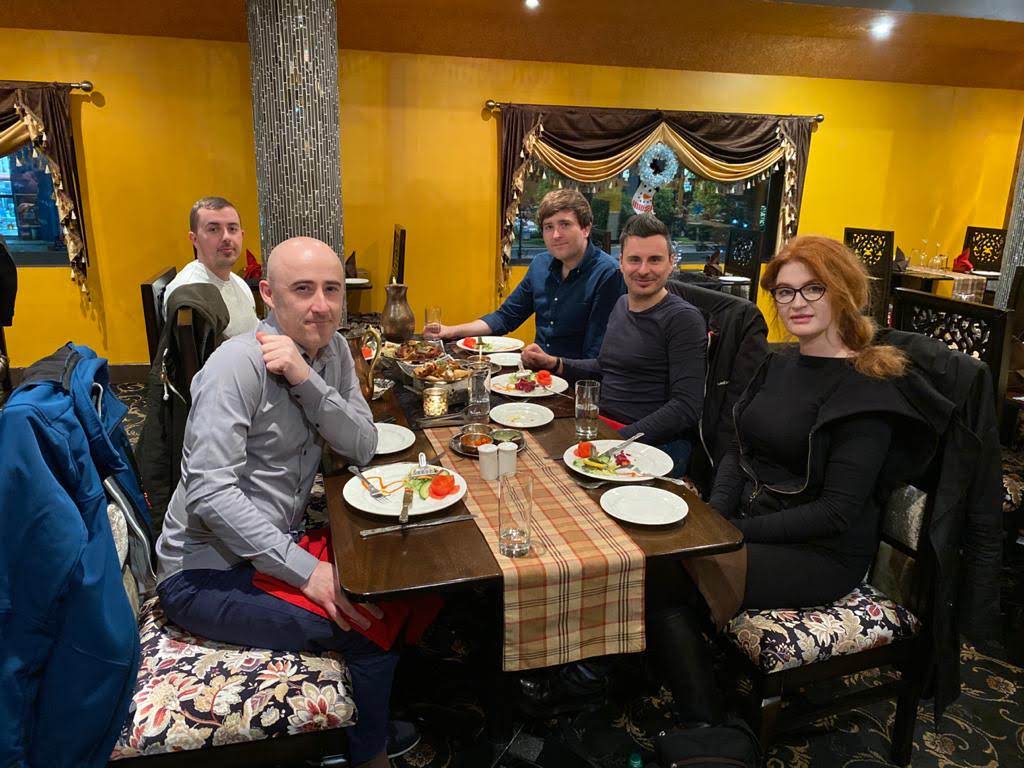 What advice do you have for colleagues or college graduates pursuing a job similar to yours?

The industry I’m in is relatively new. My job title didn’t exist 10 years ago. I guess trying to break into that area is hard and people still find just getting your foot in the door difficult. I suffered from bouts of imposter syndrome at the start. I used to be hard on myself and say, there’s so much you don’t know.

It’s an individual journey everybody’s going to be different, but if I had to go back and give myself advice I’d say, just give yourself more credit for what you’ve already done, be happy with where you are.

Where is your favorite place in the world and why?

I’m going to be really biased here and say on a sunny day it has to be Ireland, it’s a beautiful country. We don’t get many sunny days here, but when it’s peaking, it’s beautiful. Last summer, I went on a holiday to a place called Apple Island, it was stunningly beautiful there. We had a week of pure sunshine and that never happens here. There’s always a rain cloud lurking somewhere, or just a harsh, harsh breeze. But somehow, we managed to get a week of just no wind – just blue skies. Honestly, it was the most beautiful bit of country in the world.

Who inspires you and why?

I’ve got to go with my grandfather. He turned 90 last year and he’s keeping really healthy and active. He takes his dogs to the beach every day for a walk still. He walks three to four miles, which is just amazing for a man who is 90. He doesn’t look 90, he looks around 75. I’d love to cheat aging like he has, very gracefully. I hope I can adopt his choices and live like him one day.

What’s a fun fact about you that few people know about?

My name is an Irish name. It means brown-haired warrior; it just so happens my hair is brown. When we’re born, we’re bald, so I don’t know if my parents knew that it meant brown-haired warrior when they named me, because I definitely didn’t fit that description at one day old.

Join Donagh and the rest of the team!

Visit our careers page to explore opportunities in product and engineering as well as the many other roles in which you can advance and help Extreme drive effortless networking experiences for enterprises worldwide.

From Player to Captain – It’s All About Great Teamwork From Olaf’s View
CoPilot: Reduce Risk and Save Time Using Explainable AI
All Roads Lead to Extreme – Jake Looks Back on His “Wild Ride” Through Networking
What Was It Like to Design the Network for the World’s Largest Outdoor Festival? Patrick Reflects on One of His Favorite Career Achievements
See the Network, Protect the Network